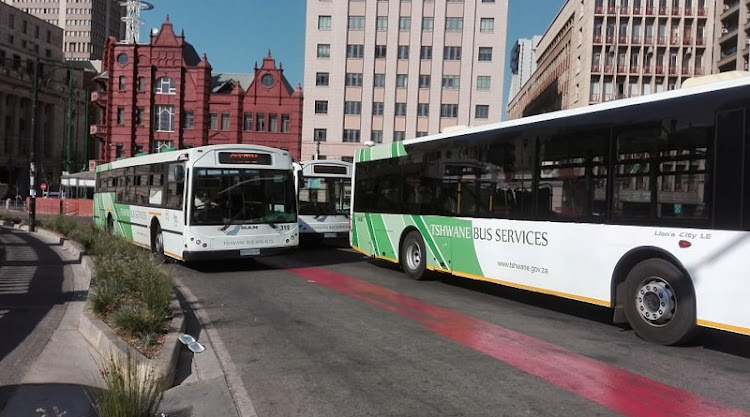 Tshwane municipal buses are in use again while the metro tallies up its massive losses following a week of unrest in the city.

The buses, including the A Re Yeng bus rapid transit system, which have been suspended since last week, resumed services in the capital yesterday afternoon.

Tshwane has been engulfed by sporadic attacks and looting of shops owned by foreign nationals for a week since taxi driver Jabulani Baloyi was shot and killed, allegedly by a foreign national.

Police yesterday said no one has been arrested in connection with Baloyi’s killing.

Tshwane roads and transport member of the mayoral committee (MMC) Sheila Senkubuge said the city has not yet tallied up the numbers.

Taxi operations and municipal bus services are expected to resume in Tshwane on Wednesday afternoon following meetings between the taxi industry in ...
News
2 years ago

“We will know in the next two days how much revenue we have lost, but the services were suspended to put the safety of the citizens first.”

Some municipal buses were used to blockade some of the intersections during the violent protests and attacks on shops and property owned by foreign nationals.

“We will sit down with our finance department to look into a [financial] recovery plan.”

The taxi operators distanced themselves from ongoing sporadic attacks on shops owned by foreign nationals.

The protests had also affected taxi operations in the metro, leaving taxi owners in financial strain, according to Tshwane taxi operators. In a joint statement read out by Santaco Tshwane  chairperson Piet Mahlangu, the city’s taxi industry condemned the violence.

Bus services in the City of Tshwane have been suspended following clashes in the inner city which resulted in the death of a taxi driver.
News
2 years ago

“The violence in the city has seen a non-operation of minibus taxis … [this] essentially means that minibus taxis are not making an income as they should,” said Mahlangu.

“The consequence is that both the owner and the driver [are] losing their income and this cannot be condoned in a country with high levels of unemployment,” he said.

He also condemned and distanced the two associations from the forced removal of passengers from taxis by those behind the protests.

“We remind fellow South Africans that foreign nationals are also members of the South African society and are also passengers in taxis,” said Mahlangu.

He said they were distancing themselves to the “disturbance that is happening in the city”.

“The alleged perpetrators of this disturbance are also not part of our formal structures. The acts of violence in the city are not in our names,” said Mahlangu.

Boldwin Aphane, from Westpark, said he had been relying on lifts and was relieved that the municipal bus services have been restored.

“It’s the most convenient public transport service for me by far, I’m excited the buses are back,” he said.

Most shops owned by foreign nationals in the inner-city were operating yesterday as the capital seemed to return to normality.

The taxi industry has distanced itself from the violence, destruction of property and looting of shops that resulted in the shut down of the ...
News
2 years ago

The South African Municipal Workers' Union (Samwu), Independent Municipal and Allied Trade Union (Imatu) and the City of Tshwane have reached a ...
News
2 years ago
Next Article