Meet Const Motaung, a cop with nerves of steel who defuses bombs for a living 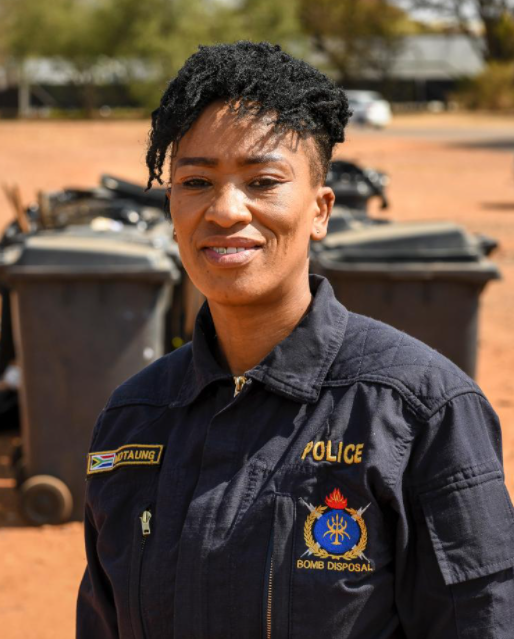 Const Mammokso Motaung's journey with the police started with her being a volunteer reservist.
Image: Supplied / SAPS

When Const Mammokso Motaung officially joined the police 16 years ago, no-one could have imagined that her journey would take her from being an accounting clerk to being a bomb-disposal specialist.

“I enter the scene with the equipment and my sole focus is find the bomb,” said Motaung.

She is one of the women being honoured by the SA Police Service as part of its “phenomenal women in the police service” campaign, running during women’s month.

So few are the women in the trade that Motaing is just one of 18 female bomb- disposal specialists in all of the country's police services. She is the only female attached to the Germiston Explosives Unit.

She said her association with the police started in 2003 when she was a police reservist — an unpaid community member who volunteered her time. She was based in Phuthaditjhaba in the Free State. 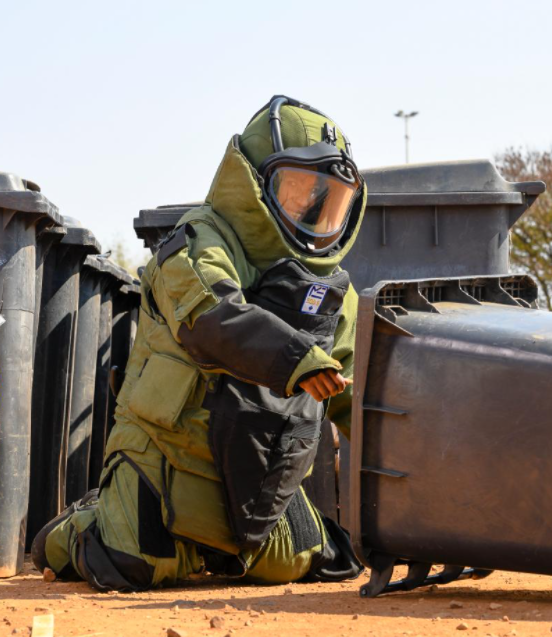 Two years later, she applied for an accounting clerk position in Bloemfontein and then in 2011, she underwent the basic police learning development programme as a police trainee at the SAPS Tshwane Academy in Pretoria.

“After her appointment as a fully fledged constable, she was deployed to Phuthaditjhaba to serve and protect her community. In 2016, she joined the Germiston explosives section after undergoing the prescribed training,” SAPS said.

Her job includes finding and defusing explosives. She attends to everything bomb-related, from ATM bombings to cash heists and recovering bombs hidden in parcels.

She also assists in investigations regarding any gas, chemical or other explosion which results in severe property damage, injury or death.

Motaung said her job needed a person who was quick and decisive yet also patient and calm in the most stressful of situations.

“When I arrive at a scene, I command everyone to evacuate the scene because bomb scenes are extremely dangerous. I will first approach the scene to find the device, when I'm sure of what type of device I’m dealing with, I decide which equipment I will use,” she said. “If it's already exploded, my responsibility is to collect the evidence. If the bomb has not gone off, my job is to dispose of it to ensure that it doesn't explode, thereby preserving life.”

Motaung said her message was for bystanders who rushed to the scene, especially after CIT heists and ATM bombings,  with the hope of picking up left-over loot.

“These crime scenes can often be dangerous particularly when explosives are used. In some instances it is possible that not all the explosives were detonated at the time the robbery was committed, meaning they could explode at any time,”  she added.