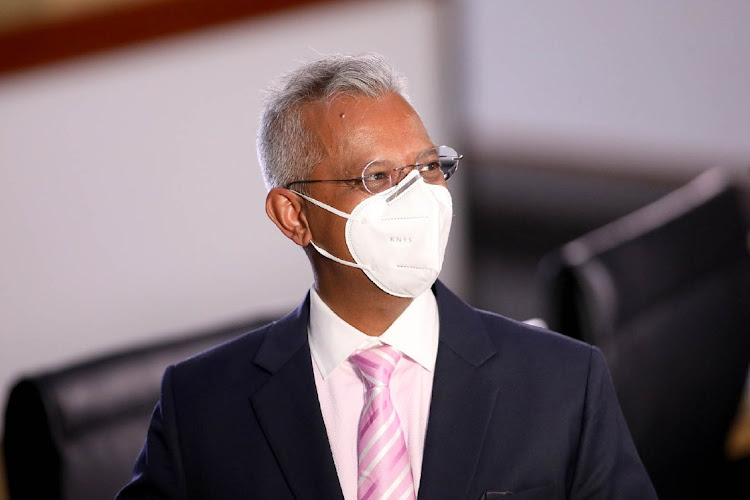 Almost everyone who has implicated Anoj Singh at the Zondo commission is lying. That is what the former Transnet CFO would like the state capture inquiry to believe.

“It is clearly a fabrication, Mr Chair,” has stood out as Singh's favourite defence in his many appearances at the commission.

On Thursday, Singh dismissed as a “fabrication” claims by his driver that he collected cash from the Gupta residence to deposit it at the Knox Vault safety deposit boxes. According to Singh, his driver has never transported him to Knox Vault.

On Friday, Singh painted himself as a victim of some conspiracy.

His former colleague, erstwhile Transnet CEO Siyabonga Gama, has submitted to the commission that it was Singh who provided Gupta foot soldier Salim Essa with his contacts.

Gama told the commission during his appearance that on one occasion during July 2015, just before Singh moved to Eskom, he had visited Singh's office at the Carlton Centre only to find him with Essa.

It was during the said encounter, Gama had testified, that Essa expressed a wish to meet Gama, to which Gama responded by saying he should get his contacts from Singh.

Months later, Essa called Gama and requested him to attend a meeting at the Gupta compound.

“I am telling you this meeting did not happen. It is convenient for Mr Gama to say he has met Mr Essa and Guptas and conveniently implicate me as the person who introduced him to Mr Essa,” said Singh.

“I have never seen Mr Essa at the Carlton Centre.”

Bester told the commission that he once met Essa at Melrose Arch, where Essa summoned Singh to the meeting.

Said Singh: “As I said, I deny this meeting. That time Hatch was involved in the new multi-product pipeline project. And Mr Bester is from the rail division of Hatch. I do not understand how Mr Bester gets involved in pipeline invoices when he was from rail.

“It is clearly a fabrication. The motives for these things I would not know.”

Bester, if his version is to be believed, went on to have a follow-up meeting with Essa after their meeting attended by Singh.

Singh said both Gama and Bester were placing him at events that never happened to justify their own alleged activities with the Gupta lieutenant.

“It is very convenient for individuals like Mr Gama and Mr Bester to associate me with Mr Essa to try cover up what they have to account about.”

Anoj Singh stands accused of accepting gratification from the Gupta family in exchange for advancing their business interests in state-owned ...
News
9 months ago

Ex-Eskom CFO Anoj Singh on Thursday buckled under pressure at the Zondo commission, and threw his former colleague Matshela Koko under the bus.
News
10 months ago
Next Article