How I identified Covid-19 variant in a week: KZN virus hunter 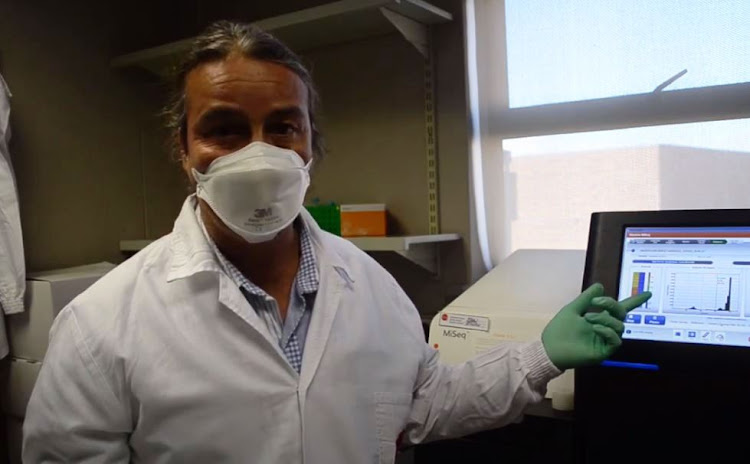 Prof Tulio de Oliveira at work in his lab at the KZN Research Innovation and Sequencing Platform (Krisp), where he identified the new variant of the virus that causes Covid-19.
Image: YouTube/Krisp

The SA virus hunter who identified the new variant of Covid-19 driving the country's second wave of infections has told the dramatic story behind his discovery.

Speaking to CNN, Prof Tulio de Oliveira, from the University of KwaZulu-Natal, said Eastern Cape doctors started telling him in mid-November that they were seeing a sudden and “shocking” explosion in Covid-19 cases.

Within a week, the director of the KZN Research Innovation and Sequencing Platform (Krisp) had genetically sequenced 16 samples from his home province and its southern neighbour and found they all had an unusual number of similar mutations.

“I said to myself, there's something very strange here,” said De Oliveira, who then asked for help from labs in SA's Network for Genomic Surveillance.

Stellenbosch University medical virologist Prof Susan Engelbrecht told him she would be shocked if the new variant had reached her area - but 58 out of 67 samples tested there proved her wrong.

The first to succeed was Andrew Rambaut, a professor at the University of Edinburgh in the UK, who published his findings on December 20.

The number of deaths has grown by 45% in the same 37-day period, which accounts for almost one-third of the deaths in the 300 days since SA's first case was confirmed on March 5 2020.

The Medical Research Council reported on Wednesday that the 16,532 deaths reported in the Christmas week were a new all-time record.

Bickering between government and experts creates confusion
Opinion
1 year ago

A new variant of the novel coronavirus does not appear to cause more severe illness than other variants, according to a matched study by Public ...
News
1 year ago
Next Article