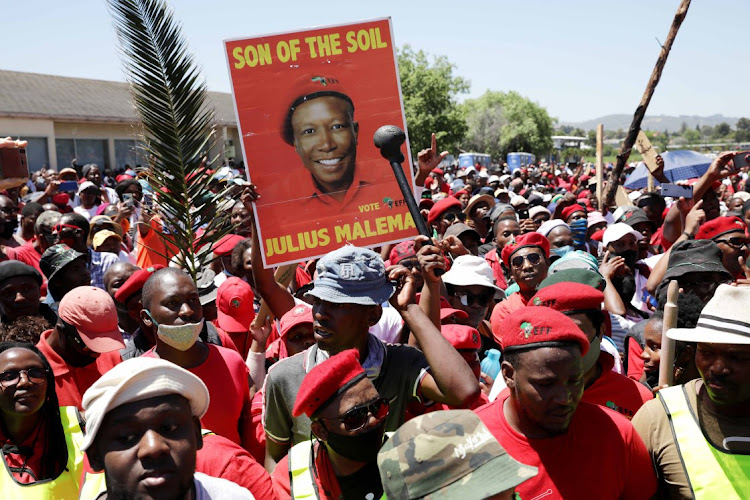 The EFF has welcomed the Western Cape High Court's dismissal of an application by the governing body of Brackenfell High School for an interdict against the party, saying it will go back to the school next year.

Last month, the school’s governing body launched an urgent application to interdict the EFF after the party held multiple protests near the school’s premises over a matric farewell party that was only attended by white pupils.

TimesLIVE reported that the application was dismissed on grounds that the school failed to convince judge Siraj Desai to grant the interdict.

“The applicant may have been ill-advised to launch this application. In the result, the application is dismissed. There is no order as to cost,” Desai ruled.

He said the party will go back to the school to hand over a memorandum of demands because some demands have not been met.

“We have got to go to the school when activities are taking place to send a very clear message to the educators as well as the learners. It is definitely imperative for us to go back that so that we would force the Western Cape department of education, which has found, through its recent report, that there is nothing untoward with the racism that has been found in that school,” said Xego.

In a statement, EFF national spokesperson Vuyani Pambo said the party will continue to pursue action against police officers who clashed with protesters during the EFF's march in the city last month.

Ndlozi calls for land before reconciliation: 'You can't reconcile with someone you're not one with'

Brackenfell High: investigation finds 'no evidence' pupils were excluded from matric bash on basis of race

An investigation into a matric farewell event organised for Brackenfell High School pupils has concluded it was a private function and did not ...
News
10 months ago
Next Article