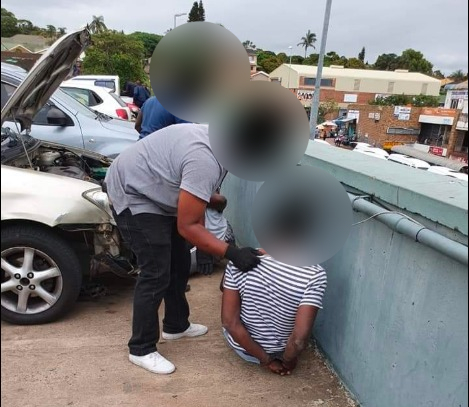 Members of police arresting two men believed to be involved in a truck theft syndicate operating in KwaZulu-Natal.
Image: Supplied

Police in KwaZulu-Natal made a major breakthrough on Monday when they arrested 11 suspects involved in an alleged truck-theft syndicate operating in the province.

A source close to the investigation said on Friday members of the SAPS' tactical response team (TRT) responded to a report that a truck had been stolen in Maydon Wharf, Durban central.

The truck was tracked to Amanzimtoti, south of Durban, and later recovered by police on the N2 near the Umgababa offramp. The cargo and the trailer were missing. 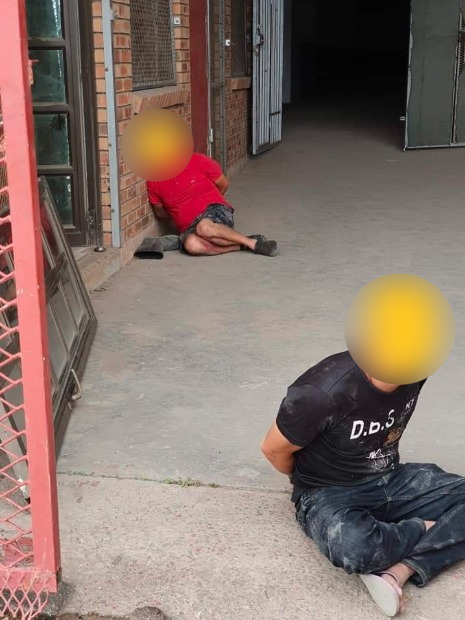 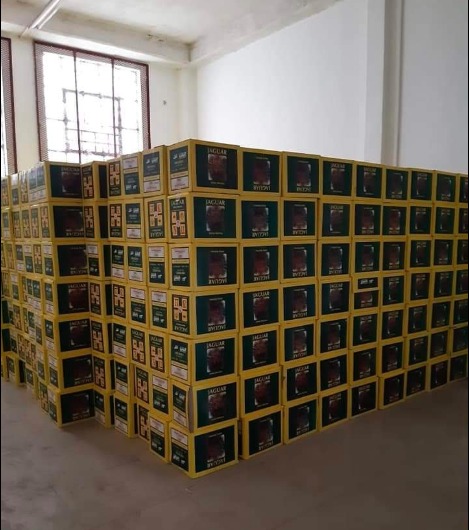 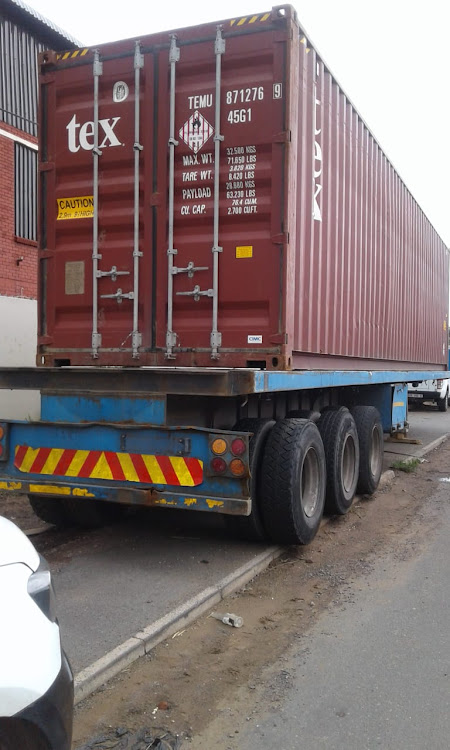 Investigators who worked tirelessly on the case were rewarded on Monday when they received information on the whereabouts of the cargo stolen from the truck.

Members of SAPS Umkomaas, TRT, Metro Police K9 unit and Amanzimtoti's crime prevention unit descended on a warehouse in Isipingo, where four suspects were apprehended and the stolen cargo seized. ⠀⠀⠀⠀⠀⠀⠀

Further investigations led the team to Jacobs in the Bluff, where the trailer and the container were found.⠀⠀⠀⠀⠀⠀⠀⠀⠀

While on the scene, police received more information which led the team to Isipingo CBD, where three more suspects and two vehicles used in the crimes where seized.

Follow-up investigations led the teams to KwaMakhutha, near Amanzimtoti, where the driver of the vehicle was found hiding and was arrested. ⠀⠀⠀⠀⠀⠀

It is understood he was the key figure in the syndicate.

Five vehicles used in the commission of crimes were seized and impounded. Goods worth about R1.5m were recovered.

It is understood investigations are ongoing, with the possibility of the syndicate being involved in many other crimes.

Police did not respond to queries for official comment but SowetanLIVE's sister publication TimesLIVE has corroborated the information received via various sources.

Six men and a woman have been arrested for allegedly staging the hijacking of a truck transporting medical supplies in Strydfontein, north of ...
News
1 year ago

Fifty-five stolen bales of mohair valued at R3.5m were recovered at an abandoned farmhouse in Rocklands on Saturday.
News
1 year ago
Next Article