Teacher goes to court for his job 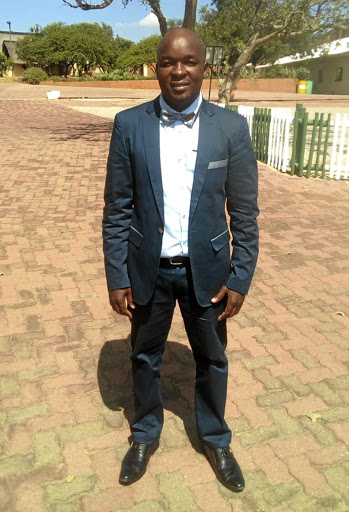 Ndifelani Ligege is tired of getting paid for no work.

A Mpumalanga teacher who has raked in more than R1.5m in wages for sitting at home has taken the fight to get his job back to the Labour Court.

Ndifelani Ligege, 41, a teacher at Umlambo Combined School in Amsterdam (near eSwatini border) had a fallout with the school's principal and the school governing body (SGB) after reporting a case of corruption.

This led to a lengthy stand-off which saw Ligege expelled from work in December 2014. He was reinstated in January 2015 but was not allowed to enter the school's premises by some of his former colleagues who were serving in the SGB.

Ligege, an English and life sciences teacher, is now pinning his hopes on getting his job back through the Labour Court in Johannesburg.

He wants to return to class and do what he loves, something he has not done since December 2014 but has been getting his monthly salary, including his 13th cheque.

In court papers before the Labour Court which Sowetan has seen, Ligege cited the then education MEC Reginah Mhaule, the school principal Enock Yende and the late chairperson of the SGB Erick Phakathi as respondents.

Mpumalanga education spokesperson Jasper Zwane said: "Please be informed that the matter is still to be heard by the Labour Court. For this reason, it will not be appropriate to comment about anything linked to the matter."

Ligege said in court papers that his troubles began after he first had a conflict with Yende when his payslips were not being delivered regularly in 2014.

This led to him getting his payslips from the department's circuit office.

If you think it's hard for school pupils to wake up on a Monday morning‚ a study has revealed that doing so is also a problem for teachers who are ...
News
2 years ago

Ligege said when collecting his payslips, he realised that the department was still paying a teacher who had long resigned from the school.

However, after reporting the matter to the circuit manager as he suspected corruption, the SGB and the principal dismissed him for poor performance, a decision which was later reversed by the education department.

"I want them to reinstate me, even though I have fears that my life is no longer safe," Ligege said yesterday.

Yende told Sowetan the conflict was between Ligege and the SGB.

He said that it was "very difficult" for him to respond to Ligege's allegations because they were embroiled in another court case in Amsterdam which would be back in court next month.

Yende added that the matter related to a laptop belonging to the school which Ligege had allegedly taken.

"He [Ligege] is troublesome, I've reported him to the department and to his union [Sadtu]. He lies, saying I'm victimising him, but his issue is with the SGB," Yende said.

He said Phakathi was privy to all the details of the conflict.

Ligege disputed the version of the principal.

"Mr Yende is the one behind everything. He's inciting the SGB to expel me because he lied, saying my performance is bad," Ligege said, adding that he received his pay progression for 2014, which proved that his performance was good. "Without Mr Yende all these issues wouldn't even be there."

Ligege said all he wanted was justice and proper investigation of the payments of a "ghost" teacher.

"The department somehow doesn't mind paying my salary, including performance incentives even though I have not been working for five years."

"This is troubling we must do more to support our teachers."
News
2 years ago
Next Article