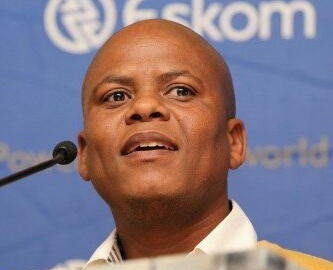 Khulu Phasiwe has resigned as the Eskom spokesperson after 10 years at the power utility and five as its mouthpiece.

Phasiwe, who joined Eskom in 2008, confirmed his resignation to SowetanLIVE saying that he wanted to spend time with his family.

He said that the last five years were difficult for him as the allegations of the power utility being captured emerged.

"Having been with Eskom as the national spokesperson for the last five years it's almost tantamount to being at an emergency room at hospital. You would see people with broken limbs and all sorts of things. After all those experiences, you need to take some time out and detox and distress and recharge and then afterwards obviously you can start afresh and focus on new challenges," said Phasiwe

"So this is where I am at the moment. I would like to take some time out, relax and be with my family before deciding on the next move."

If all goes according to plan, there will either be no load-shedding - or stage 1 "at the most" - provided Eskom's turnaround plan is implemented at ...
News
2 years ago

Although Phasiwe has conceded that Eskom is not in a great shape as it is unable to generate revenue while its debt is on a steady increase, he said he did not believe he jumping a sinking ship.

"The government has already expressed commitment that they are doing everything possible to assist Eskom so that Eskom can stay afloat. So I don't believe that Eskom is a sinking ship."

He said fact that ratings agency Moody's took a decision to not give a ratings outlook on Eskom is proof that they can see the government, which is the utility's shareholder, is taking  formidable steps to help Eskom.

"Government is doing something to help Eskom and the plan is to make sure that Eskom becomes sustainable and we will have to give them space and time to achieve that objective," he said.

Phasiwe will officially vacate his position at the end of April.

Former Eskom CEO Brian Molefe and four other former Eskom board members might never again hold directorships at a state-owned enterprise - at least ...
News
2 years ago

President Cyril Ramaphosa faced some tough questions during a public engagement in Sandton on Thursday.
News
2 years ago
Next Article