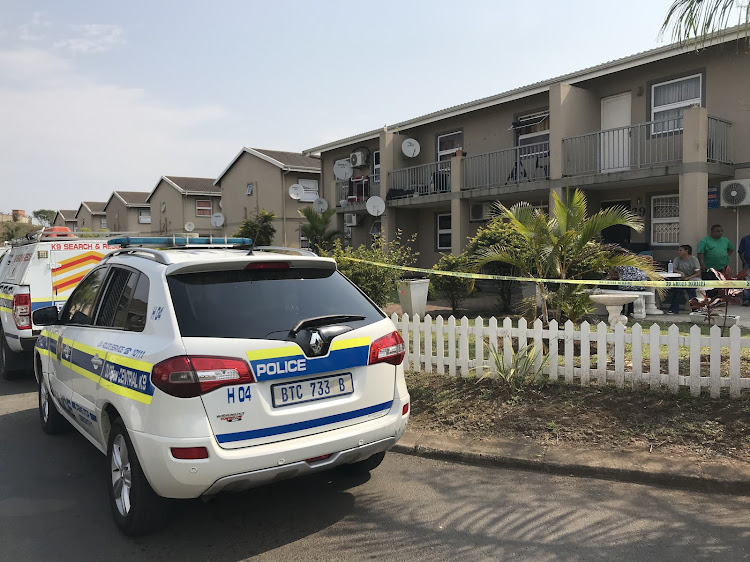 Police have arrested a suspect in the triple murder of a Durban family.
Image: Thuli Dlamini

A 45-year-old man believed to be the boyfriend of a Phoenix woman who was brutally killed together with her two children has been arrested.

The suspect was arrested on Friday night and is expected to appear in the Verulam Magistrate's Court on Tuesday. He will be charged with three counts of murder.

KwaZulu-Natal police spokesman Lieutenant-Colonel Thulani Zwane said on Friday police had responded to a report of murder at Longcroft Drive in Phoenix.

On their arrival they had found two bodies inside the house. The bodies were identified as those of Jane Govender‚ 44‚ and her 16-year-old daughter. Rackelle.

While police were still busy with their investigation combing the scene‚ they found a third body in a cupboard‚ which was identified as that of the second daughter‚ 22-year-old Denisha.

Three counts of murder were opened at Phoenix police station and investigations are ongoing.