Orlando Pirates have not chopped and changed‚ says coach Sredojevic 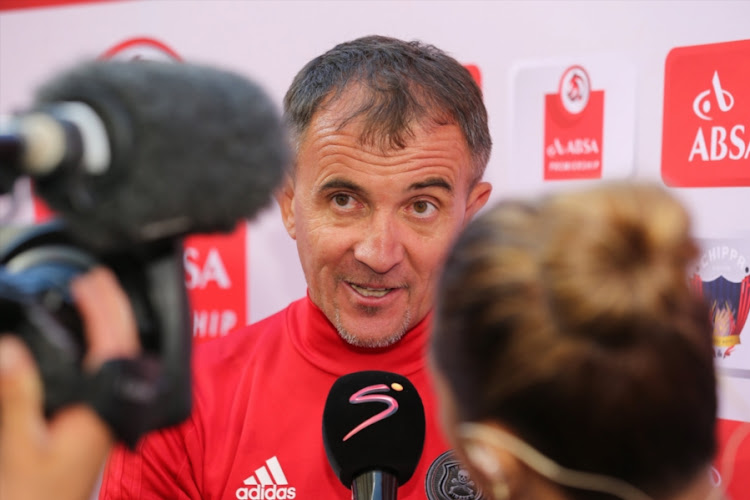 Orlando Pirates have not chopped and changed in their starting lineups as much as people have perceived‚ Bucs coach Milutin Sredojevic has asserted ahead of his team facing Baroka FC in their Absa Premiership fixture at Peter Mokaba Stadium on Saturday (kickoff 3pm).

Pirates’ difficult start in August – winning two‚ losing three and drawing one of their six league and cup games‚ which included exiting the MTN8 at the first hurdle – seemed partly down to Sredojevic struggling to find his best combinations.

Sredojevic‚ though‚ has challenged the popular notion that Pirates were chopping and changing their starting lineups a little too actively‚ affecting their form.

“I would disagree regarding chopping and changing. It was only in that match in Bloemfontein [a 1-0 defeat to Bucs at Free State Stadium on August 19] where we had five changes‚ and it was due to circumstances‚” Sredojevic said.

“Because playing against Bidvest Wits in the previous game was very tough and we played expansive football‚ so we needed to change. Because it was also the third match in seven days‚ if you remember.

“Otherwise we have had consistency. From the last match [a 3-1 league win at Orlando Stadium against SuperSport United on Saturday] we changed one player [for the 2-2 draw against Cape Town City at Orlando on Wednesday night].

“We believed that Thembinkosi Lorch would give us penetration beyond the opponents’ defensive line and a more attacking aspect [than Linda Mntambo].

“And it showed that it was the right move because he assisted with the first goal.”

Pirates appear to have slowed down in their player personnel changes.

‘In football you have no time to relax‚’ 'Micho' reminds Orlando...

They used a lot of players – 24 – in their opening five matches of the season‚ though those games did come at a rapid rate of one every three days (15 days).

Sredojevic then seemed also to be finding his combinations as Bucs could not quite click through a tough August‚ winning two of six matches in total.

But Pirates’ form has stabilised in their last three games‚ where they ended August with a 2-1 away PSL win against Black Leopards‚ followed that up with the convincing victory at home against SuperSport‚ then drew at Orlando against City.

Pirates have also‚ probably not by coincidence‚ made less starting lineup changes in their last three games.

They made two changes from the win against Leopards to the victory over SuperSport‚ then just one – Lorch coming in for Mntambo – for the draw against City.

Sredojevic‚ too‚ has stressed that even when Pirates did make a lot of changes in their first five games‚ they always strove to not make more than three changes in a starting XI from one game to the next.

Pirates are in third place in the PSL with three wins and two draws from seven games. Baroka are in 13th with just one win in six league games.