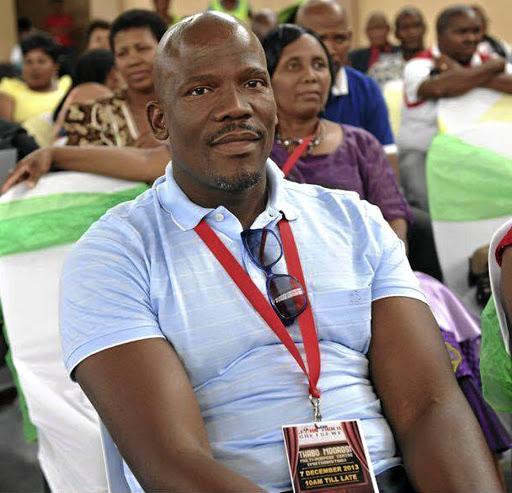 Late North West businessman Wandile Bozwana's girlfriend on Monday relived the last moments she had with him before he was killed in a hail of bullets in October 2015.

Mpho Baloyi, who was also Bozwana's business partner, was in the witness box in the high court in Pretoria.

Prosecutor Jeniffer Cronje took her through the close-circuit television (CCTV) footage of a salon at Nelson Mandela Square in Sandton that she and Bozwana visited for beauty treatments on the day he was killed.

Wearing a blue golf shirt and matching chinos pants, Bozwana can be seen on the footage, including when he paid for the manicure and pedicure services.

The footage, on which Baloyi was asked by the prosecution to confirm certain details, was played in court after Judge Papi Mosopa ruled in favour of Cronje, that there was no evidence that playing the video would be detrimental to the interest of justice.

Bozwana and Baloyi were allegedly followed around before they were ambushed on the Garsfontein off-ramp in Pretoria.

Cronje had said the footage was "relevant and real evidence".

The High Court in Pretoria is set to view and make a determination on close-circuit television footage of several locations visited by North West ...
News
3 years ago

With Baloyi behind the wheel, the duo had stopped at the traffic light on the N1 Garsfontein off-ramp that afternoon when a BMW M3 pulled up next to them and a man got out and opened fire.

Bozwana, 43, who died later at Unitas Hospital in Pretoria, was hit at least nine times. Baloyi was hit twice.

The prosecution had footage from four different locations, including the footage from CCTV cameras of the N1 Garsfontein off-ramp, where the couple was attacked.

More footage of the couple's movements on that fateful day will be screened in court when the trial continues.