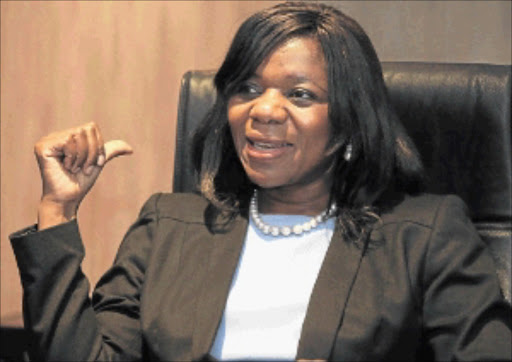 Former public protector Thuli Madonsela says that although President Cyril Ramaphosa’s appointment put the country on a pedestal of hope‚ the country is not yet at a summit.

Madonsela was speaking on Tuesday at the launch of an inaugural festival to commemorate Human Rights Day‚ a joint effort by her foundation‚ Khulisa Social Solutions and the Constitution Hill Precinct.

Madonsela said she was happy with the way the former president Jacob Zuma dealt with his way out.

“I welcome president Zuma’s resignation and the dignity with which he addressed the nation. When you are the captain of the ship you must have people who are following you - whether you are doing well or doing badly‚” said Madonsela.

Madonsela said that if one reaches a stage where the people they are supposed to lead are not persuaded or inspired by them‚ “it’s a good thing to step aside”.

From government we want diligence‚ we want integrity and fairness‚ she said.

Madonsela cleared the air about speculations that she might join politics hand in hand with the president. “I realised that my calling is to work with civil society. Last year we were on the verge of the winter of despair again... where civil society had become a bystander.

“My message to South Africa is that each one of us should and can lift up someone else. It’s part of ubuntu: I am because you are. If I improve your fortunes‚ my fortunes will be improved too‚” Madonsela said.

The purpose of the commission of inquiry to investigate allegations of state capture is to conclude the investigation that was undertaken by the ...
News
4 years ago

Former public protector Thuli Madonsela burst into tears of joy as the High court in Pretoria trashed President Jacob Zuma’s bid to set aside her ...
News
4 years ago
Next Article