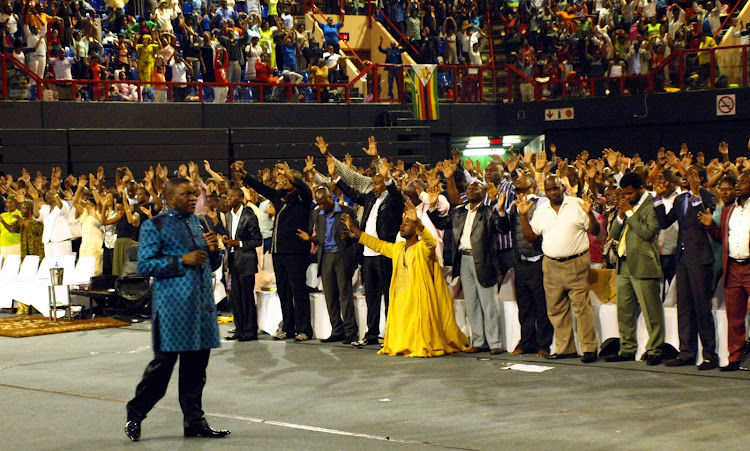 Omotoso‚ who is currently facing multiple charges related to contravention of the Sexual Offences Act‚ is also charged with two counts of rape.

Captain Anelisa Feni of the Hawks said the two women were arrested on Tuesday by members of the Hawks trafficking in persons unit.

“It is alleged that the suspects recruited girls‚ all over the country‚ and monitored their movements in the houses where they were being kept. Investigations with regards to this case are continuing and more arrests will be made‚” Feni said.

Omotoso‚ the senior pastor of the Jesus Dominion International Church‚ was arrested on April 20.

He is due to appear in the Port Elizabeth High Court on Thursday for a new bail application.

Timothy Omotoso charges could be centralised‚ meaning all allegations will be heard together‚ in one court.
News
4 years ago

Investigations are complete in the human trafficking case Omotoso.
News
4 years ago

A Nigerian pastor facing a string of sex crimes‚ had another count added to his lengthy charge sheet in the Port Elizabeth Magistrate’s Court on ...
News
4 years ago
Next Article