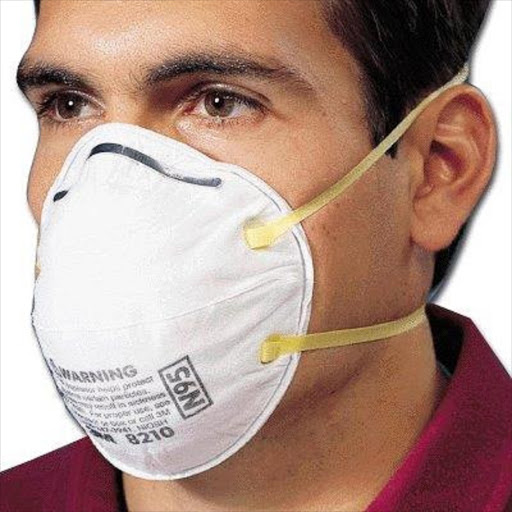 Students told the researchers that often the only infection control measure available to them was the N95 respirator, which is supplied annually to trainee doctors at the universites of Stellenbosch and Cape Town” Picture: Supplied

Medical students are at high risk of catching tuberculosis from their patients.

Writing in the June edition of the South African Medical Journal‚ the researchers said students were saddled with medical bills of up to R104 000 after contracting TB from patients.

The students told researchers that hospital doctors sometimes mocked the students when they put on the rudimentary face masks meant to protect them.

“Sometimes the doctors go‚ ‘Oh look at the third years!’ (It made us wonder) are they not aware‚ do they know something that we don’t? It’s very confusing‚” one of the students said.

And seven of the 12 expressed “strong disappointment” with the support they received from Stellenbosch and Cape Town universities‚ the institutions that took part in the study.

“My university protocol was dismal‚ to be honest‚” said one. “I wasn’t sure what to do or where to go. It was just another stressor I didn’t need when I was trying to get better.”

Van der Westhuizen and Dramowski questioned students who had contracted TB during undergraduate medical training between 2010 and 2015.

“Three participants mentioned that their experience with TB had made them realise how difficult it can be to undergo treatment‚” they said.

“Most participants felt that TB had increased their empathy toward patients and motivated them to provide patient-centred care.”

But for some trainees‚ the experience turned them away from the medical profession. One said: “I didn’t realise when I went into medicine that I was exposing myself to people’s diseases — in fact all the diseases came running towards us. Being a doctor... is not worth me being so close to death.”

The researchers criticised “an unjust situation” where medical students trained in a hazardous environment “with no recourse to assistance with diagnostic and treatment costs for an occupational disease”.