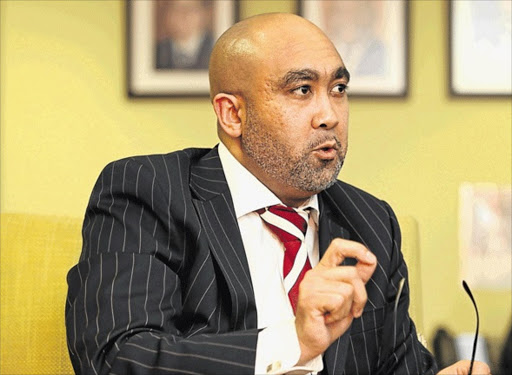 This is according to DA leader Mmusi Maimane during a debate on the decision by NPA head Shaun Abrahams to charge Gordhan and the impact it had on the economy.

The South African economy is reported to have lost about R50-billion as a result of Abrahams' decision, which has previously been criticised by MPs.

Maimane said Abrahams, who goes by "Shaun the Sheep", is a "wolf in sheep's clothing".

"Abrahams immediately dropped the charges against Nomgcobo Jiba and Lawrence Mrwebi before setting his sights on the one man standing between the president and access to our Treasury - Finance Minister Pravin Gordhan.

"This is a fight that has sent our economy on a downward spiral, and has led to numerous backtracks by Abrahams every time his agenda is exposed for what it is," said Maimane.

He said parliament needed to change the way the head of the NPA was appointed to "limit the powers of all future presidents".

The ANC's Lerumo Kalako said the ANC has always championed the independence of the NPA.

He said the party was also not in denial about the impact of some of its decisions and actions.

"The ANC and its alliance partners have been the first to condemn the use of state institutions to pursue political agendas. "We are not in denial that actions and utterances by state organs do impact on the image of the country in all respects," said Kalako.

He added that utterances by opposition parties also negatively impact on the confidence of investors in the country.

The EFF's Hlengiwe Hlophe said Gordhan was charged because the influential Gupta family wanted to take over control the Treasury.

"If a Gupta puppet controls the Treasury, South African Airways (SAA) will get endless and unlimited guarantees, regardless of the corruption Dudu Myeni [SAA's chairwoman] is doing on daily basis," said Hlophe.