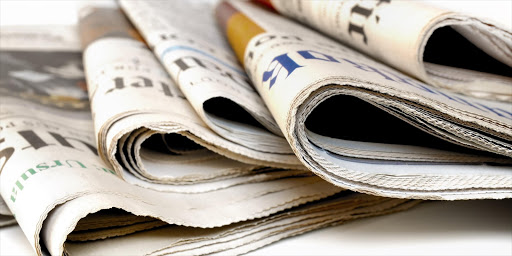 The Press Council has questioned Independent Media’s decision to appoint its own ombudsman and abandon its membership with the regulatory body.

Press Council director Joe Thloloe said on Friday the move was ironic in the week that the industry commemorates Black Wednesday – the day in October 1977 on which the apartheid government shut down various newspapers and its critics.

Independent Media on Thursday said it was no longer a Press Council member and that it had appointed its own ombudsman‚ Jovial Rantao‚ to adjudicate over its complaints.

It cited the absence of a waiver – the declaration by which complainants waive their rights to continue with a complaint in a court or other tribunal after submission to the Press Council — as its reason for leaving.

“The removal of the waiver by the Press Council has the unintended consequence of involving Independent Media and other media houses in excessively high legal costs‚ which cannot be justified in the current economic climate in which media houses find themselves.”

Thloloe said Independent Media was “intimately involved in the 2012 decision to remove the waiver” and that the Press Council had consulted the company on its objection to the waiver’s absence.

“Truth is that the Press Council has saved publications from the huge legal costs they would have had to incur if complainants went directly to the courts and didn’t have the avenue of the Press Council to clear their names quickly and without having to pay a cent.

“In the meantime‚ we’ve been adjudicating in complaints against Independent – 72 print and five online stories this year alone.

“After a meeting with Independent last month the Press Council sent the company our proposed solution‚ hoping we would engage on it. Suddenly‚ this inexplicable decision to abandon the Press Council explodes in our faces.”

Thloloe said the Press Council wishes Independent well‚ “particularly as it says it is still committed to ‘high standards of ethical journalism’ and to self-regulation and is ‘vehemently opposed to any state regulation or a government Media Appeals Tribunal’.”

“The Press Council is not perfect — it’s a work in progress — but it is the best option we have when it comes to press regulation‚ and over the years it has built up a great deal of credibility in the eyes of the media and the public.

“For a major media organisation to simply walk away from an institution like this‚ and at a time when press freedom is increasingly under pressure‚ does damage to the media as a whole. It also plays into the hands of those in power who would seek tighter control over the media.

“The Press Council is a genuinely independent co-regulatory system which is composed in such that it gives a slightly bigger voice to non-industry players (there are more representatives of the public or judiciary than industry representatives in its structures) and this ensures that it is able to hold the media to account and ensure responsible reporting.

“There is no way that the alternative path taken by Independent Media — appointing its own ombud who has been part of the company for years — could be anywhere near as credible and independent as the Press Council.”

Independent’s chief of staff Zenariah Barends had said the move is not an attempt to escape regulation‚ though it opposes regulation by the state.

“It is important that‚ since Independent Media is no longer a member of the Press Council‚ the appointment of our own press ombudsman and the to-be-announced Independent Media press appeal tribunal‚ which is to be headed by a retired judge/senior advocate with the participation of a media and public representative‚ will provide the required degree of regulation and independence to our readers and our publications‚” she said.