Doctor explains why she lodged 'Our Perfect Wedding' complaint 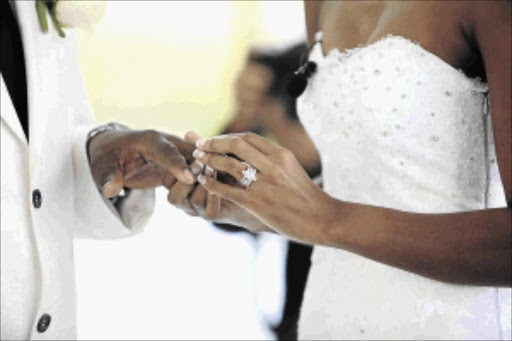 The woman who lodged the complaint against the popular South African television show, Our Perfect Wedding, said as a doctor, she dealt with rape survivors and abused women all the time.

And the show - which aired on Sunday - justified a rape culture.

"I'm a doctor. I have patients who have been raped and abused. I have seen children, 3-month-old kids who are raped. So my thing is not just a bitter black woman on Twitter who is bored on a Sunday. There's a lot of my personal experience which has shaped who I am and why I think it's important for me to speak out," said Dr Tlaleng Mofokeng.

Mofokeng lodged the complaint with the Broadcasting Complaints Commission of SA (BCCSA) earlier this week after the latest episode showcased a couple who had met when the bride was 14 and the groom 28.

The groom claimed he was sleeping with three to four women a day and would target young girls during the "after school rush". He would then take a schoolgirl home with him.

Mofokeng said she was outraged.

She said there was no such thing as "sex with someone who is under aged, it is rape".

After expressing her rage on Twitter on Sunday, Mofokeng decided to write to the BCCSA and lodge a formal complaint against the show.

Since then Absa announced that it was pulling its sponsorship from the programme.

M-Net’s Mzansi Magic (DStv 161) and the production company, Connect TV have also apologised for broadcasting the Sunday episode saying the content “was clearly offensive and wrong”.

Mofokeng said she could not understand how such an episode had been endorsed by the producers.

She was also disappointed that someone like the show's executive producer Basetsana Kumalo could allow such an episode to be aired.

This was someone she looked up to growing up, and saw as the Julia Roberts of South Africa, she said.

Mofokeng said she hoped Kumalo would speak out against the episode.

She also wanted the show to do a follow-up episode where it came out saying it was wrong and educated people on the issue.

"I don't want it to be that I am standing up for these voiceless, powerless women. I am not a spokesperson for anyone," she said.