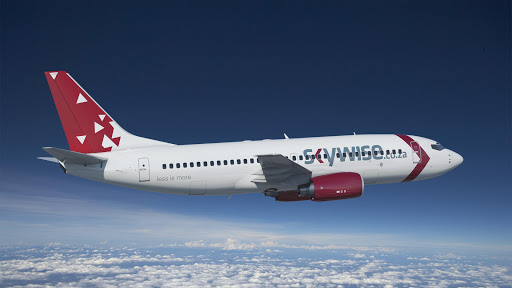 Some took to social media to say they could get no information from the airline about the status of their flights.

Attempts to get hold of the airline for comment at the time of publication proved fruitless.

The Skywise Airline Twitter account — @SkywiseAirline — made no mention of the delays‚ with its last tweet ?on Tuesday making a offer: “Fly unlimited between Jhb & CPT Plug into the fun& share wise moments with your loved ones”.

The budget airline has been beset by problems‚ and fears about it future emerged last month after another flight was cancelled.

Skywise co-chair Tabassum Qadir at the time moved quickly to dispel this: “Nothing has changed‚ we are operating the same flight schedule as updated on October 20.”

On that date‚ the airline reduced the number of its daily flights flights from eight to six when its flights where grounded over a payment dispute with the Airports Company South Africa and Air Traffic and Navigation Systems.

The November cancellation stemmed from a “technical issue with an aircraft that led to a dispute with one of our lessors”‚ Qadir said.

But‚ Skywise said it was set to double its “fleet of one Boeing 737” and this will be introduced on December 1.

“Our sales are positive. We are running a successful promotion which is having a positive impact on our load factors‚” Qadir said.

She said the new Park Station sales office “is a positive step which enables Skywise to continue to grow the previously unflown market”.

“Getting people who travel by road from Park Station to Cape Town aims to expose this particular market to the airline’s affordable air fares in the long term‚” she explained.