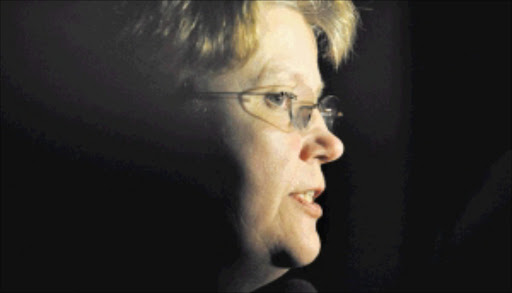 A FURTHER capital injection from the Treasury is one of the options being considered to bridge Eskom's funding gap following the national energy regulator's electricity price ruling last week, Barbara Hogan, pictured, the minister for public enterprises, said yesterday.

She told reporters she was still assessing the implications of Nersa's decision to grant the power utility increases of around 25percent in each of the next three years and not the three consecutive 35percent hikes Eskom had asked for.

She conceded that the Nersa award would require Eskom to rework its funding for the R385billion cost of construction started in 2008 and running until the end of the current budget cycle in 2013.

The current plan includes a R60billion subordinated loan from the government, guarantees totalling R176billion to facilitate borrowings of R123billion over the next three years, and R14billion from consumers.

Recalling that Eskom had initially planned to ask for a 45percent hike, Hogan said the increase actually awarded would allow the utility to fully fund its operational expenses for the first time in many years, but would contribute little to the building programme.

"We will need to make a judgment call as to how much of the build programme will now be covered by that tariff," she said.

Asked also about other user charges, including for water, Hogan said the Eskom experience had underlined the consequences that tariff shocks to cover capital expansion can have for a country.

But, as a state-owned company, Eskom had limited options to raise capital for an expansion plan.

"If government is a shareholder, what then is government required to bring as an equity partner? (Eskom is) saying: 'What recapitalisation can we expect from government, given that we can't issue shares on the stock exchange?'," she said.