Nqobie enjoys revival of her music career on Idols 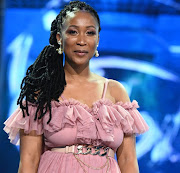 Idols SA season 17 top-10 hopeful Nqobie had given up on her singing career before the reality singing show reignited her music dreams.

The 28-year-old from Pimville, Soweto, had a short stint between 2010 and 2013 as a backup singer for musicians such as Nothende.

But she left it all behind and has been working for a well-known bank as a business administrator since 2013.  “My music journey started in church like many. When I was 15, it became formal when I was allowed in the big choir [and] because I’m tall, it didn’t look odd and they also liked that I have a big voice,” Nqobie said.

“After matric, I sent Nothende a short music clip on social media and I started working with her as a backup vocalist. I stopped because I wasn’t OK mentally. I was diagnosed with depression and around that time, I realised music wasn’t working based on the money and lack of gigs.

“I then got a full-time job, but wasn’t fulfilled because I felt like I was doing that for money. But this year, my little sister encouraged me to send a video for the online auditions and to my surprise there was a positive response.

“This is my one big chance and I’ve nothing to fall back on if this doesn’t work. If I don’t get the win, I at least want a recording deal where I can still sustain myself and family. But not just because of money, I’m in a very happy place in my life.”

This is the second time Nqobie entered Idols SA. She first entered around age 16 but she never made it to the judges’ auditions.

She has now emerged as an early favourite after wowing the judges with her rendition of Hard Place by H.E.R in the top-16 two weeks ago.

In the top-10 announced on Sunday night, she is joined by Berry, Daylin Sass, Sia Mzizi, Karabo, S’22kile, Monique, Kevin, Bulelani and Ithana.

“It’s overwhelming and I know there is going to be a lot of work going forward. I’m very happy and excited but very anxious about how things are going to unfold going forward,” Nqobie said.

“There is a lot of pressure in being called the early favourite and it means I must maintain the momentum until the end. It means I must push myself harder and not disappoint those rooting for me and myself.

“I plan on listening to the vocal coaches and picking the right songs that work with my voice and I’m comfortable with.”

Nqobie aspires to have a career like former Idols SA contestant Shekhinah.

She describes her style of music as “laid-back” since she cannot dance to save her life. However, she’s not opposed to doing an amapiano feature.