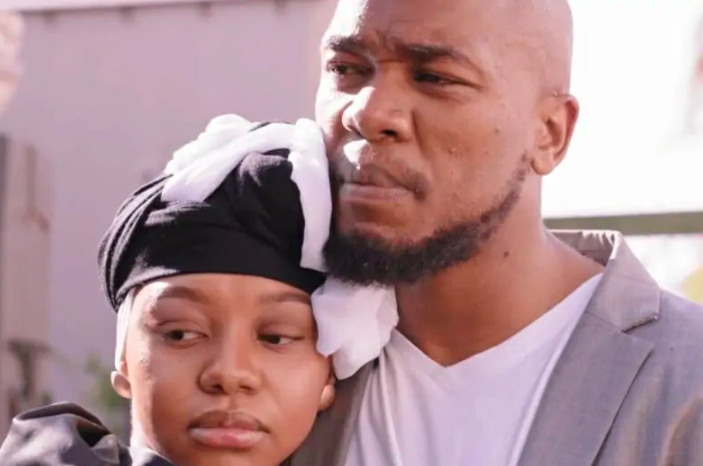 We’ve seen a lot of epic moments on SA TV this year. One of our favourite local telenovelas, The River, definitely knocked it out of the park and gave viewers exactly what they wanted. There was love, death, betrayal and a lot of other memorable moments.

Let’s take a trip down memory lane and revisit some of the best storylines we’ve seen on The River in 2020.

Every mother-daughter relationship has its fair share of challenges. But Tumi and Lindiwe’s story has taken this to another level. They’ve had many unfortunate encounters in the last couple of years and haven’t been the best of friends. And it all started when Tumi was raised by another family after Lindiwe left her by the river when she was just a baby.

Despite their past, the mother and daughter seem to have found their way back to each other. Who would have thought that Mbali’s death — which was caused by Tumi — would end up bringing Tumi and Lindiwe together? The grieving mother had a tough time dealing with her late daughter’s death, and Tumi was one of the few people who could comfort her.

In true The River style, Lindiwe then found out that Tumi was responsible for Mbali’s death and tried to murder her in a rage. At the last moment, Charlie confessed to the crime, Lindiwe saved Tumi and killed Charlie instead. But now Tumi’s secret threatens everything again ...

Since then, the mom and daughter have formed a seemingly unbreakable bond, and it has been such a beautiful thing to see.

Seeing Dimpho in a relationship was very entertaining. When she started working as an intern at Khanyisa Diamonds, she didn’t know that she would end up falling in love with her manager. Things between Dimpho and Morapedi escalated fast and she was in love in just a matter of days.

However, it was very obvious that he didn’t feel the same way about her. Morapedi just wanted a no-strings-attached kind of thing.

But Dimpho was in with her whole heart and even left her own family to be with Morapedi. Things didn’t turn out the way she had hoped because he was seeing another woman. Dimpho wasn’t about to let the love of her life go just like that! When she saw him with his other woman she snapped and ended up stabbing her.

Who knew that Dimpho could take things that far all in the name of love? It’s sad because not only did she end up in a jail cell, but she also lost Morapedi in the process. At least she still had her family to go back to after her relationship crumbled.

Lindiwe and Emma had an epic showdown

Zolani really thought he had met the love of his life after Emma came into the picture. He was head over heels in love with her very early on and made his intentions clear. There was no doubting that this man was willing to risk it all to build a life with Emma.

However, when Lindiwe met her, she could see right through her lies. She didn’t hide the fact that she wanted better for Zolani and tried very hard to open his eyes. Emma convinced everyone that she was a doctor and somehow had the Dikana family eating out of the palm of her hand — expect for Lindiwe, of course. Though she worked hard to hide her lies, Lindiwe didn’t stop until she got everything she needed to expose the scammer.

She realised that Zolani was in too deep and that she would need concrete evidence to end the relationship. So, at their engagement party, Lindiwe exposed the fact that Emma already had a husband.

That was not the end of it. Zolani was so fed up with Lindiwe after that incident and he forced her to drive to an open veld. When they got there he dug a grave for her and Emma was right by his side, reminding him about all the horrible things Lindiwe had done. Emma didn’t know that the truth about her would eventually reach Zolani.

In the end, Zolani wanted nothing to do with either Lindiwe or Emma. He left them with the gun and told them to kill each other.

They wrestled until Lindiwe fired two shots in Emma’s direction. Though she didn’t kill her, she finally managed to get her out of the picture and fixed her relationship with her nephew, Zolani.

But it looks like Lindiwe didn’t scare Emma off for good. Is she back to get her revenge?

We all love happy endings, right? Though Kedibone’s love story didn’t quite getting the fairytale ending we were all hoping for, her relationship with Nsizwa reminded us all that true love still exists.

The couple met in Refilwe and the chemistry was too real to ignore. Kedibone couldn’t hide her feelings for Paulina’s uncle, and she was glowing. Nsizwa made her feel like a teenager, like she was in love for the first time.

Nsizwa scored extra points after accepting Kedibone despite her not-so-glamorous past. Their relationship progressed in a short space of time and soon they were getting ready for marriage.

This love story was filled with a lot of beautiful moments and everyone was rooting for the couple. However, they didn’t get to walk down the aisle as Nsizwa’s life was tragically cut short.

We will certainly count this as one of the most beautiful romances we’ve seen on local TV. It was not the ending we wanted, but their love for each other left us warm and fuzzy.

Tumi, Mabutho and Lindani got entangled in a tragic love triangle

Tumi really has brought all the drama this year. It felt like Tumi and Lindani had just walked down the aisle when Tumi’s eye started wandering. It was clear that the couple wanted different things: Lindani wanted to start a life in Refilwe in their own home, while Tumi just couldn’t bring herself to give up the luxuries of the Dikana mansion. It caused so many arguments between the newlyweds that we can’t say we were surprised that the marriage was quickly in trouble.

But we did not expect Tumi to end up in the arms of another man — and her husband’s cousin to boot! Her flirtation with Mabutho turned serious fast, and their secret was exposed. Lindani was devastated and soon realised it was never going to work with Tumi.

Mabutho couldn’t believe his luck, and quickly sealed the deal with an engagement ring. But before Tumi could take her third trip down the aisle, things turned tragic.

Determined to stop Lindani telling Zweli that Tumi was responsible for Mbali’s death, Mabutho attacked him — and it ended in Lindani’s death. The secrets just keep piling up in The River ...

Watch The River on Showmax, with new episodes on weekdays express from 1 Magic. Or binge right from the beginning for all the drama.

MTN subscribers can get Showmax Mobile plus 1GB for just R49 a month. That’s 10 hours to stream your favourite series, movies, kids’ shows and more.