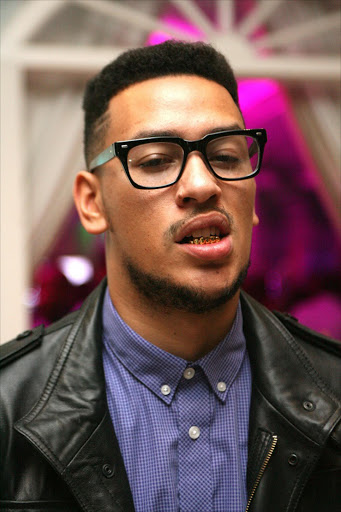 Teeth are probably one of the last places we would think would have an accessory, but for some people, their smile needs to make a blinding impression.

So some people opt for teeth accessories, which can range from anything from gold, silver or platinum tooth, to "grills", which can even have diamonds in them, giving a whole new meaning to a winning smile!

If you thought the gold tooth craze was dying down in South Africa, the hip-hop industry has seemingly resurrected teeth accessories. Locally, rappers like AKA have been spotted with a mouth full of sparkling jewellery, whereas overseas, almost every rapper has a grill as a mouth accessory.

Of course, not everyone has hundreds of thousands to blow on teeth accessories, and there are cheaper alternatives available on the market in South Africa that many people have resorted to.

But what is the real story behind teeth jewellery? Are these grills and gold or silver teeth inlays safe? Could you run the risk of permanent damage to your teeth, or are they just a harmless fashion statement?

Dental technician Morapedi Rapoo gives us a bit of background on teeth accessories, and if they are safe for our mouths or not.

Rapoo starts off with addressing the issue of gold inlays, or popularly known as a "gold tooth", and says that gold fillings are actually popular in dentistry to repair teeth, but over the years, gold has been used for aesthetic purposes more than genuine dental procedures like repairing fractured teeth or decay.

"Most people nowadays get gold slits purely for fashion purposes. The process has actually been deemed as unethical by most dental professionals, because inserting the gold slit involves chipping away at the tooth, which has nothing wrong with it, in order to have it secured in place. Some dentists don't even use authentic gold, but rather something that looks like gold, which can have dire implications on your general oral health," he says.

So what could go wrong with getting a gold tooth? Rapoo says that the one disadvantage with a gold slit is that once it's on the tooth, removing it will leave your teeth damaged.

"Because the original tooth was chipped away at in order to secure the slit, having it removed will certainly leave a mark. Also, what remains of the tooth may be discoloured over time, as a result of some of the 'fake' gold material that was secured in place instead of using genuine gold. One of the side effects can be extreme tooth sensitivity, especially if some tooth enamel was chipped away during the process of securing the gold slit," he says.

When it comes to grills, Rapoo says there is relatively minimum damage to the teeth, as no tooth material is chipped away to secure grills in place.

"The process of making grills involves the dentist making a mould of the client's teeth, and having them decorated to the client's wishes - for example, with gold, platinum or diamonds. Grills are then clipped into place, and can be removed when desired."

Rapoo, however, cautions that grills are not exempt from causing potential damage.

"The problem with grills is that some people eat with them on, which can cause some food particles to be trapped between the grills, causing bacteria that can lead to bad breath, or worse, gum disease or tooth decay. Some people also do not clean their grills. Just like teeth, they should be taken care of on a daily basis, and not cleaned using just any material. You can speak to a dentist about what grill cleaning liquids are safe for human consumption, which will not lead to ingesting potentially toxic materials."