Panic on the mines as job cuts loom 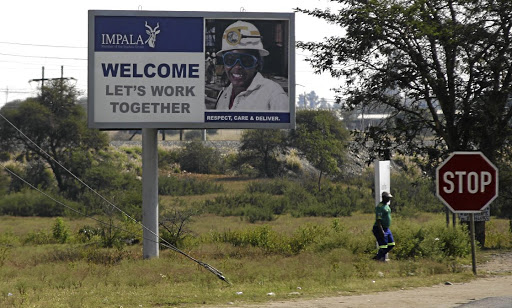 Job losses at the platinum mine in Rustenburg, North West, will not only affect workers, but also their dependents and relatives.
Image: VATHISWA RUSELO

A 40-year-old man's excitement over moving into a new house was short-lived after the mining company he works for announced plans to retrench 13000 workers in two years.

Yesterday, mining giant Implats announced plans to implement massive job cuts at the Impala Rustenburg operations in North West, citing a number of reasons, including a drop in the platinum price.

The news comes on the back of latest Quarterly Labour Force Survey by Statistics SA that showed that the unemployment rate stands at 26.7%. Mining was one of the industries hit by an employment decline with 14 000 job losses in the first quarter of this year.

Impala Platinum is cutting its future production to 520 000oz of platinum.
Business
3 years ago

A worried mineworker, who asked not to be named for fear of being victimised, told Sowetan yesterday that the shock announcement came barely a week after he moved into a new house with his wife and three children.

"It came as a shock. We are stressed now because we don't know what the future holds for us," said the man who has worked for the company for 15 years.

He said he looked after nine family members with a R10 000 monthly salary.

National Union of Mineworkers branch chairman Weaver Msimeti said they were concerned Implats announced the decision through the media without first talking to them.

"That number is huge. Everyone is panicking, including myself," Msimeti said.

He said a majority of workers lived in houses owned by Implats under a rent-to-buy arrangement and stood to lose their homes should they be retrenched.

The company released a four-page statement yesterday outlining the drastic restructuring plans, including the cutting down of shafts from 11 to six while the staff complement will be reduced from 40 000 to 27 000 in two years.

The company explained that it had tried to keep operations profitable over the past few years, but the moves were not sufficient to secure the economic viability of the operations.

"The only option for conventional producers today is to fundamentally restructure loss-making operations to address cash-burn and create lower-cost, profitable businesses that are able to sustain operations and employment in a lower metal price environment," said company chief executive Nico Muller.

"Further, Implats' actions are a display of arrogance, hence they can go against the grain at the time when even the president of the Republic is calling on all of us to put shoulder to the wheel in turning around our country's economic fortunes."