She is a published chemist - young, gifted Nxele shows women can do it in science 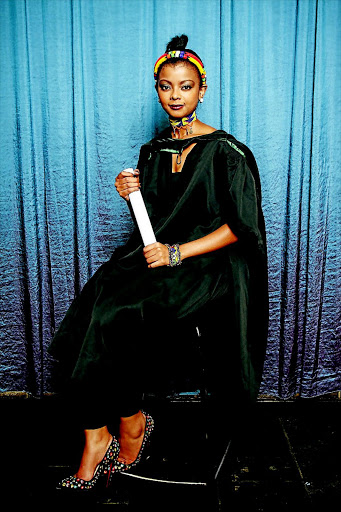 Young, black women scientists are a rare breed in South Africa but Siphesihle Nxele has shown that it is possible to take this less travelled road and succeed.

Nxele's love for science was sparked by her passion for mathematics while growing up in Mandeni, KwaZulu-Natal.

"I have always been good with numbers," the 26-year-old told Sowetan.

The science enthusiast decided to go study at Rhodes University where she did a general BSc degree and majored in geology and chemistry. At first she thought she was headed for a career in geology until her third year but then found herself enjoying research and experimenting in the lab.

"My third year was the year I became exposed to research and writing research reports. I am now a published chemist with a masters degree in chemistry working for an engineering company but I'm still growing and learning," the ambitious scientist explained.

"In 2015 I was awarded the Department of Science and Technology Women in Science Masters Fellowship award by Minister Naledi Pandor. It was such an honour and proud moment for me, my family and Rhodes University.''

Winning the award opened many doors for Nxele. She has featured in an Mzansi for Science campaign advert on television.

"Awards such as these give women in science a platform to continue their great work and encourage other young women to be involved. We need to be proactive."