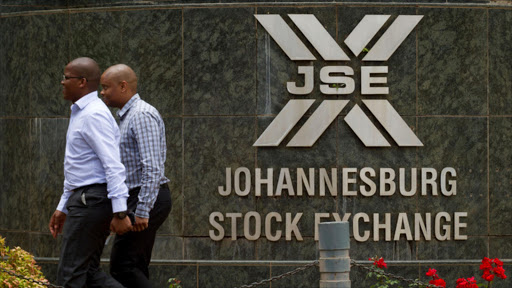 The JSE was weaker in midday trade on Monday after Treasury officials confirmed that Finance Minister Pravin Gordhan and his deputy‚ Mcebisi Jonas‚ were ordered by President Jacob Zuma to return from an investor road show in the UK and US‚ saying the trip was unauthorised.

However the local market was off the morning’s worst levels.

Prior to the news‚ the rallying rand kept miners and rand hedges in check amid global uncertainty following the Trump administration’s legislative setback on Friday.

Investec economist Annabel Bishop said the rand’s recent strengthening trend was aided by international factors but then weakened markedly on market rumours that the Treasury’s road show was interrupted when Gordhan was “purportedly instructed to return to SA”.

The Dow closed 0.29% lower at 20‚596.72 points on Friday after US President Donald Trump withdrew his healthcare bill from a vote in the US house of representatives on uncertainty that it would secure a majority vote.