Doornkop mine not operating: Shabangu 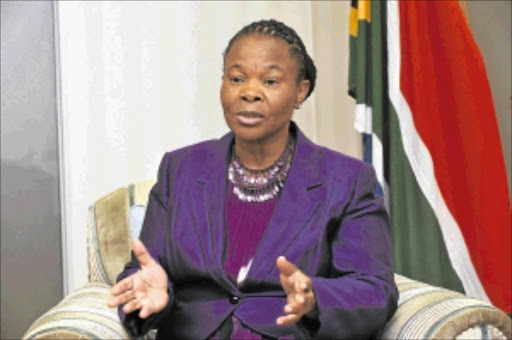 Operations at Harmony Gold's Doornkop mine will cease until it has been declared safe for employees after a fire broke out, Mineral Resources Minister Susan Shabangu said on Thursday.

"Once the last remaining employee has been found and the fire has been brought under control, we will then begin with an inquiry in terms of the Mine Health and Safety Act, to find out what led to this incident," she said in a statement.

"The gold industry has over the past five years improved its health and safety standards tremendously, and for such an incident to occur is obviously a setback."

The bodies of eight missing miners were found on Thursday after a fire broke out at Harmony Gold's Doornkop gold mine.

The fire followed a seismic event on Tuesday which triggered a fall of ground, damaging electric cables.

Earlier, the National Union of Mineworkers (NUM) said one miner was still missing. Shabangu met mine management and the NUM at Doornkop on Thursday.

Shabangu said no worker would be allowed on site or in the areas affected. Inspectors from the department and the chief inspector of mines had been on the site since the fire broke out on Tuesday.

"As the regulator, we must look at what happened and learn from it to ensure we can, as far as possible, prevent it in future," she said.

Harmony Gold on Thursday said the key point of discussion in the meeting was the investigation.

"It was emphasised that the investigation will uncover the events that led to the tragedy at Doornkop and that speculation before the investigation is concluded would not serve any purpose," the company said in a statement.

All operations at the mine, other than essential services, were suspended after the fire broke out on level 192 of the mine, roughly 1700 metres underground.

Eighteen people were reported missing at the end of Tuesday's shift. One miner surfaced in the early hours of Wednesday and told rescue workers where the other miners he had seen underground were. Eight miners were brought to the surface unharmed later on Wednesday.

The bodies of eight miners were found later. One was still unaccounted for.

The company had made contact with the families of all the miners who had died and would provide them with counselling and any other help.