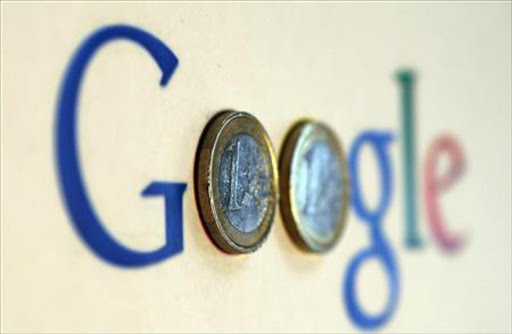 "We hit $50 billion in revenues for the first time last year; not a bad achievement in just a decade and a half."

Google reported Tuesday that its profit climbed and its annual revenue hit an unprecedented high last year as it evolved to stay in tune with people using smartphones and tablets.

"We ended 2012 with a strong quarter," said Google co-founder and chief executive Larry Page. "We hit $50 billion in revenues for the first time last year; not a bad achievement in just a decade and a half."

The fourth quarter profit was up 6.7 percent from a year earlier at $2.89 billion, and for the full year Google's earnings grew 10 percent to $10.74 billion.

Revenue in the quarter that ended December 31 was up 36 percent from the same period a year earlier at $14.4 billion.

For the year, revenues grew to $50.2 billion, helped in part by the acquisition of Motorola Mobility.

Google shares jumped more than five percent to $738.12 in after-market trading that followed release of the earnings figures, which topped most Wall Street estimates.

Google dominates the US digital advertising market, which grew 14.9 percent to $10.58 billion in the final three months of last year, according to eMarketer.

The market tracker estimated that Google takes in more than 41 percent of digital ad revenue in the United States and "holds more share than any other company" when it comes to online, display and mobile advertising.

In a conference call with financial analysts, Google executives stressed how the company is connecting with people on smartphones and tablets, and cautioned that it would take time to get Motorola Mobility on a new course.

Page said he was excited about progress Google has made in handling search queries spoken to mobile devices and described the online Play shop for music, books, applications and other digital content as "on fire."

Google's mapping service program tailored for Apple gadgets running on the iOS platform have been a hit, Page said, adding that it search and email programs are also popular on Apple devices.

"We now live in a multi-screen world; in fact, we feel naked without our smartphones," Page said. "Devices have been one of our biggest bets in the last few years, along with the software that goes with these devices."

Google has been shedding unwanted Motorola Mobility assets since it completed its $12.5 billion takeover of the company early last year.

Chief financial officer Patrick Pichette said during the earnings call that the Internet giant has "12 to 18 months of product pipeline it is still working through" at Motorola.

In December, Google announced it was selling the Motorola Mobility Home unit to global communications technology company ARRIS in a cash and stock deal valued at $2.35 billion.

The Internet giant's purchase of Motorola Mobility was seen as a grab for patents to protect Google's Android mobile operating system from legal attacks.

Modems and television set-top boxes made by Motorola Home evidently did not play into the California-based company's strategy despite its investments in Google TV technology for tapping into online entertainment in living rooms.

"I am excited about the innovative way they are approaching product development," Page said of the Motorola Mobility team.

"The opportunities are endless -- you shouldn't have to worry about charging your phone; when you drop your phone, it shouldn't go splat."

The majority of Google advertisers are opting to target mobile gadgets, and the company saw successes with experiments tying real-world shopping to smartphones, according to executives.