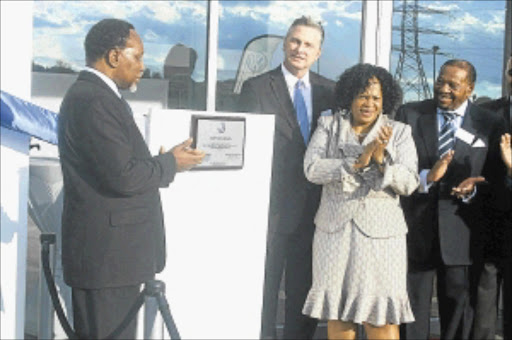 THE past week saw the unveiling of a multi-billion rand investment in Soweto that is expected to create jobs and stimulate economic development in the country's biggest township.

On Tuesday a roof-wetting party was hosted for the Protea Glen Mall, built by the Masingita Group of companies at a cost of more than R380-million.

More than 700 jobs were created during the construction phase and 1500 permanent jobs will be created when the mall is officially opened in September.

During the event Gauteng Premier Nomvula Mokonyane announced that her government would soon open a state-of-the-art theatre at the old Jabulani Amphitheatre in Soweto.

Mokonyane said the government had committed itself to revitalising Soweto and investing in the township's economy.

This project will see 1919 units completed over the next few years.

"Today's opening of these dealerships not only mark another milestone for the Maponya Group and indeed the people of Soweto, but also tells the moving story of the tenacity of the human spirit to refuse to give in to impediments subjectively imposed on human life," Motlanthe said.

"At last it is indeed happening and I am grateful for this day, which you are celebrating with us this afternoon," Maponya said.

He thanked the management of VW and Toyota for believing in his dream and committing to "stay in Soweto permanently".