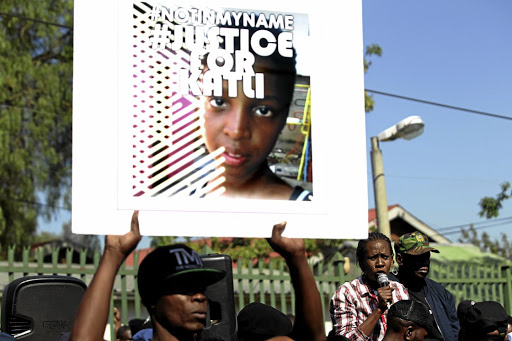 The Missing Persons Bureau states that a child goes missing every five hours in the country.

Over the past year, since May 2017 to April 2018, they have had an overall success rate of 71% missing persons found, including adults and kids.

"It is an unfortunate reality that 2% of the children found were found deceased," says Bianca van Aswegen, the national case officer. She says among the cases reported countrywide, 94 were runaways, 19 kidnappings, two involved in human trafficking, while 10 were mentally challenged and two were lost.

Gauteng tops their list with 60 missing children and only 45 found over the last year.

Van Aswegen says their busiest period was in October 2016 with 51 cases reported.

Van Aswegen states there are different reasons why children go missing. "We deal mostly with runaways, kidnappings, family abductions and human trafficking. It has become more apparent that kidnappings happen by people that are known to the child or a family member themselves."

Missing Persons SA says the most important thing when a child has gone missing is to not wait a long time to report it to the police.

"There is no waiting period at all even though people are under the impression they have to wait 24 hours, which does not exist.

Lover arrested after blood spatter found at his home.
News
3 years ago

"Also, parents should be very vigilant when their children are on any social media sites as these sites are a platform for predators. Children should always stay in a group when on an outing," says van Aswegen.

While they have a high success rate, some people are never found.

She notes the case of Cape Town's Matthew Olson's family who went missing in 1997, when he was nine years old.

He had gone outside to take out the bin and was never seen again.

Their faces were plastered on milk cartons to no avail.

Gert van Rooyen and Joey Haarhoff were linked to their disappearance. 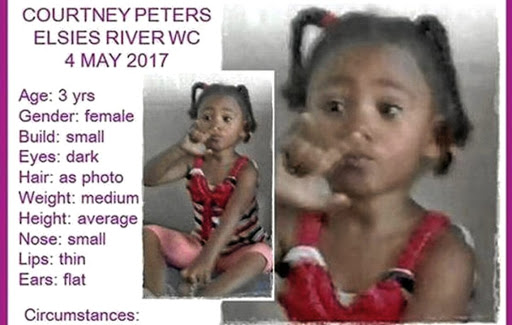 The scourge of missing kids in South Africa is shocking.

Rape and murder of kids alarming

Mortimer Saunders is on trial at the Western Cape High Court for the rape and murder of three-year-old Courtney Peters.

She was found in a shallow grave in May last year, days after she was reported missing. Saunders admitted to poisoning the child and performing sexual acts on the corpse.

Women and Men Against Child Abuse this week launched the #MiniMeToo, a campaign that aims to give sexually abused children a voice. It follows the #MeToo campaign.

AfriForum said the Mentoor family had approached them because they felt that the police had not “properly” investigated the matter.
News
3 years ago
Next Article