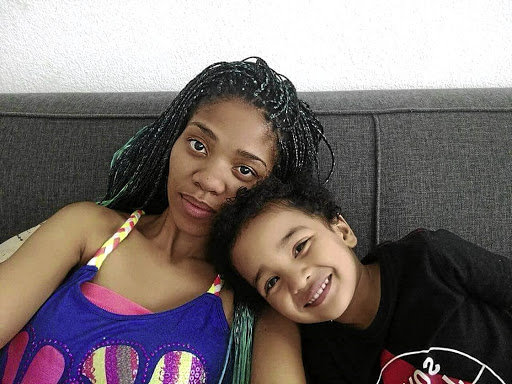 Kaylah Mentoor and her son Liyaqat, whom she hopes will be found alive.
Image: Supplied

June marked the commemoration of the 1976 youth uprisings in Soweto as well as Child Protection Week.

But while the youngsters of the time fought for our freedom, the rights of many children are still trampled on today due to abuse, kidnappings, rape and murder.

He was reported missing on March 17 and his mother's boyfriend, Onke Mashinini, is the main suspect and currently in custody.

"She still has hope that he will be found alive. This despite the police confirming that they found Lee's blood spatter in Onke's home. Until we find a body, we will never have closure. And this man who claims to have handed our child over to a 'relative' on that fateful day is not giving us any answers."

She said that Mentoor, 23, and Mashinini, 29, started dating in August last year and she only moved in with him and his parents two weeks before Lee went missing. "She had no reason not to trust him."

Delport said Lee got sick and Mentoor left him in Mashinini's care. "On the night of March 15 when she got home from work she asked for her son but was told the boy is sleeping with Onke's parents. In the morning she again requested to see her child, but Onke returned saying the child is still asleep. Kaylah then went to work and instructed Onke to drop the child off at her mom's place in Roodekrans. She didn't insist on seeing Lee as the child did sleep with the parents before."

Delport said they found out later through the investigation that Lee was probably gone already as his parents confirmed Lee did not sleep in their room that night. Mashinini was supposed to drop the child at 5pm but claims to have gone there at 1pm and said "a relative in a silver Polo took the child".

According to Delport, police linked Mashinini to the disappearance after Lee's blood was found at his home.

Mashinini, who was denied bail on June 1, has appealed the decision and will appear in the Roodepoort Magistrate's Court on Wednesday.

He faces charges of kidnapping, defeating the ends of justice and murder.

Delport said the strain of the disappearance has led to Mentoor leaving her job.

"We need closure so we can all move on with our lives. We will also decide on having a proper memorial for him, but we still have hope he may be somewhere alive. What's heartbreaking also is that Lee was meant to go for speech therapy on the day he disappeared, as he couldn't speak properly. He was a joyful child who filled a void that nothing will now replace," she said.

Roodepoort police station commander Brigadier Sam Manala told the family that even though they had no body, they have strong evidence that proves Lee was murdered.

The home of a 25-year-old man was petrol-bombed on Sunday after a missing girl’s body was found buried in the garden.
News
3 years ago
Next Article