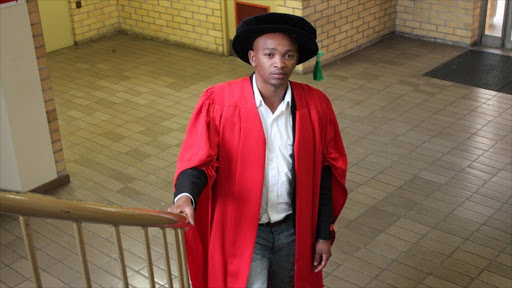 Cape Town mayor Patricia de Lille has hired the youngest student to be awarded a doctorate at Cape Peninsula University of Technology after learning he was jobless.

De Lille tweeted her decision after meeting 28-year-old Lukhanyo Mekuto on Wednesday‚ and her spokesman‚ Zara Nicholson‚ confirmed that the newly capped PhD graduate would advise the city on recycling grey water as part of its emergency drought interventions.

Nicholson said paperwork had yet to be finalised but Mekuto would also help with water department training programmes.

Mekuto‚ the son of a domestic worker and a gardener from Philippi‚ could not be reached for comment about his new job but he told TimesLIVE earlier that he was delighted to have received an award from the National Research Foundation for his PhD work on purifying mine waste water.

Growing up‚ Mekuto decided he would not follow the same path as his peers. “The mistake we in the township make is that we want to go with the crowd. I decided in Grade 10 that I was not going to do that any more‚” he said.

“I tell learners‚ ‘define who you are and what you want’. Once you’ve done that‚ you have to make a conscious decision to go after what it is that you want.”

Mekuto said he had decided not to let his upbringing define his future. “I have come through the NSFAS [National Student Financial Aid Scheme] system. NSFAS paid for my BTech up to my PhD‚ so in my view no funding is no excuse‚” he said.

Mekuto obtained his BTech in 2011‚ followed by a postgraduate degree‚ a Master’s completed in 18 months and now his PhD‚ which took him three years. He tutors high school pupils in mathematics and physics over weekends.