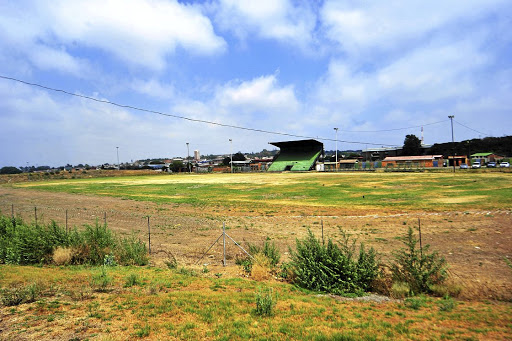 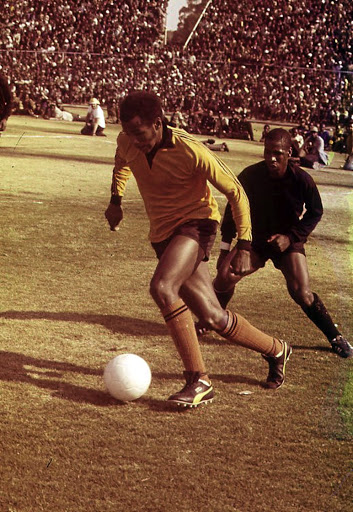 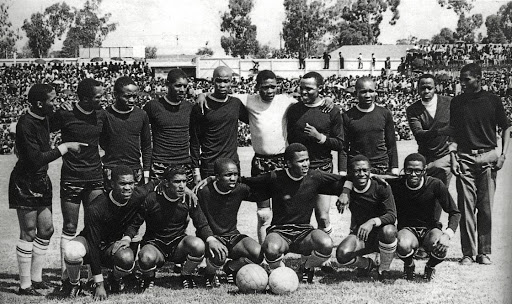 It's a super Saturday tomorrow as sports enthusiasts across South Africa will be spoilt for "two" finals.

First on the menu will be the much-vaunted Rugby World Cup final between SA and England in Japan that kicks off at 11am (SA time).

The focus will then shift to the iconic Moses Mabhida Stadium in Durban, where traditional antagonists Orlando Pirates and Kaizer Chiefs face off in the Telkom Knockout quarterfinals - a match many regard as the final before the final.

This is the clash that SA football fans are awaiting with bated breath as the Soweto giants will meet for the first time in an official match this season.

The legendary rivalry between Chiefs and Pirates began 50 years ago when one of Bucs' most famous stars, Kaizer Motaung, broke away to form his own club.

The source of the conflict was the expulsion of three of his Pirates teammates - Thomas "Zero" Johnson, Edward "Msomi" Khoza and Ratha "Jimmy Greaves" Mokgoatlheng - for disobedience.

Kaizer Motaung, fourth left, and his Kaizer Chiefs teammates pose for a team photo before a match at Orlando Stadium in the 1970s.

Motaung, who was overseas playing for Atlanta Chiefs when the expulsions happened, returned to the country to form Kaizer XI, which led to the birth of Kaizer Chiefs.

But the first physical demonstration of the break-up happened on September 20 1969 at the unfashionable Union Stadium in Westbury, Johannesburg.

On that day the Kaizer XI played against a Transvaal Coloured Professional Soccer League Invitational XI.

Although Pirates were not directly involved in the clash, the involvement of Motaung and the three expelled players marked the beginning of the conflict.

Johnson, Khoza and Mokgoatlheng were given the boot at Pirates for participating in a Botswana tournament without permission. Fired along with them was team manager Ewert Nene who later worked with Motaung to form Chiefs.

Nene was to die years later when he was killed in an ambush in KwaThema, Springs, following his attempt to recruit Teenage Dladla for Chiefs.

Like any soccer derby around the world, the conflict is always about points as well as pride for the neighbouring teams. But the Soweto derby is made more intense by this history of the acrimonious break-up.

Before the game at Union Stadium, Motaung had been a much-loved Pirates player. Supporters even gave him the sobriquet, Chincha Guluva, thanks to his exploits in black and white Bucs' revered jersey.

He had made his debut for Pirates as a 16-year-old attacking left-wing and quickly established himself.

In 1968, he then signed for Atlanta Chiefs in the US, but would come every off-season to play for the Buccaneers.

It is within this context that the now famous Chiefs vs Pirates conflict should be understood. Even as Motaung was planning the breakaway, the intensity of the tensions as well as the passion Pirates fans had for him forced him on numerous occasions to deny his plans.

"I am not forming a team in opposition to Orlando Pirates. Nobody loves the Bucs as much as I do. They are part of me," he said, just before he went on to form Kaizer XI.

He would later confess to journalists that his dream to form a new club had started in the US.

"I had a vision, even before we started Kaizer Chiefs. I learnt so much in the United States and I wanted to make the team I was with in South Africa - Orlando Pirates - more professional. Obviously, when things turned out differently with Pirates, the aim and the vision of what we wanted to achieve with Chiefs were already there. So yes, there was a dream once the vision was identified and there was also a need for change."

I am not forming a team in opposition to Orlando Pirates. Nobody loves the Bucs as much as I do. They are part of me," he said, just before he went on to form Kaizer XI

Whether he was honest or not when he declared his love for Pirates, the fact is Motaung built a team to compete with anyone, including the Bucs.

And Motaung and his Chiefs will go to the sold-out Moses Mabhida Stadium with the same attitude tomorrow, and it will be the same when they meet Pirates again in a league match on November 9.

What makes this massive fixture special is the fact that it is not only watched by football fans in SA but also across the continent on TV. Fans from neighbouring countries such as eSwatini and Lesotho are expected to arrive in numbers in Durban tomorrow.

Politicians, celebrities, businesspeople, church leaders, among others, are also expected to come in droves to watch the match.

The influence of the Soweto derby is massive and it has the potential to create ruction among families, split partners and divide church members.

Before one of the derbies last season, Incredible Happenings Ministries leader Paseka "Mboro" Motsoeneng admitted to Sowetan that there's also division among his congregation in the build-up and during the match.

The glamour of Moses Mabhida notwithstanding, we can only wish the Union Stadium would one day be rebuilt and earn the right to host the derby, after the foundation of this big match was planted there.

May the best team win tomorrow!