Student whose desk was urinated on told it's a 'white thing' 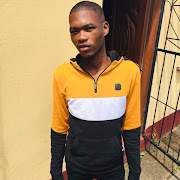 Image: Supplied Babalo Ndwayana woke up on Sunday to a white student urinating on his desk, with his laptop and books still there.

“It's a white thing, boy.” This is what Theuns du Toit, a white student at the University of Stellenbosch in the Western Cape, allegedly told fellow student Babalo Ndwayana, who recorded him on video urinating on his study desk with books and laptop on it.

The video has sparked a racial storm, with Du Toit being suspended and calls growing for his expulsion.

Ndwayana made the recording on Sunday morning in his room at the Huis Marais residence on campus, which Ndwayana shares with Du Toit's friend. The incident happened at about 4am.

The video, which has led to the suspension of the alleged urinator, has gone viral on social media with many users calling for his expulsion.

Ndwayana, 20, a first-year student in agricultural business management, told Sowetan that he felt violated when he realised that someone broke into his room to urinate on his belongings.

“After he started urinating my initial thought was to fight him, but a neighbour who heard what was happening came and told me to rather film him because I will get in trouble and the whole thing will turn into me assaulting him,” he said.

“I felt violated and I am still traumatised. My right to privacy and dignity where violated.”

Image: SUPPLIED Theuns Du Toit, a student at Stellenbosch University who was filmed urinating on the belongings of first year student Babalo Ndwayana.

The university announced on Monday that it had suspended Du Toit.

He said the alleged perpetrator apologised but he does not believe it was sincere.

His father Mkuseli Kaduka said his son was excited about studying at university before being humiliated, and the family is now concerned for his safety.

“He has only been away from his family for a few months and for this to happen is really heartbreaking. He was enjoying himself. This incident came as a surprise to us because nothing had happened before, he was happy,” said Kaduka.

“My initial feeling was anger and then I felt powerless because he is in Stellenbosch and I am in East London. My son has only been away from us and the protection of his parents for a few months, so for this to happen now is really heartbreaking.

“He is overwhelmed and has become withdrawn. He is not the most bubbly person but I am worried about him and that he won't be able to cope with his studies.”

The family wants to open a case of damage to property and intimidation against the alleged perpetrator.

This is not the first time the university has been under fire for alleged racism. In February, one of Sowetan's sister publications reported on a residence head who used the k-word. The university explained that he used the word to explain how it is not an acceptable word to be used.

In 2014, two University of Pretoria students faced a disciplinary hearing after photos of them dressed up as domestic workers went viral. The two women had painted their faces brown and stuffed their skirts with pillows to make their buttocks look larger.

The South African Students Congress (Sasco) and EFF Student Command condemned the incident. “Anything short of expulsion and potentially criminal charges would be regarded or seen as an injustice. This racist criminal act deserves the highest punishment if we are to have confidence that the university truly respects and protects the right of students, particularly the black marginalised students. We demand that the university and all relevant authorities ensure that justice prevails,” read the statement.

“We will no longer tiptoe around an institution that prides itself as the capital of racism in higher learning. For decades, Stellenbosch University has been victimising black students, all because of the colour of their skin,” said Mehlomakulu.

Stellenbosch University spokesperson Martin Viljoen said an investigation was under way. “The university strongly condemns the destructive, hurtful and racist incident that was captured on a cellphone...The alleged perpetrator was suspended from the university on Monday [Monday].

“A further swift but detailed investigation will determine the final outcomes. Expulsion and/or criminal charges are not excluded from the possible available options, based on the investigation’s findings,” he said.