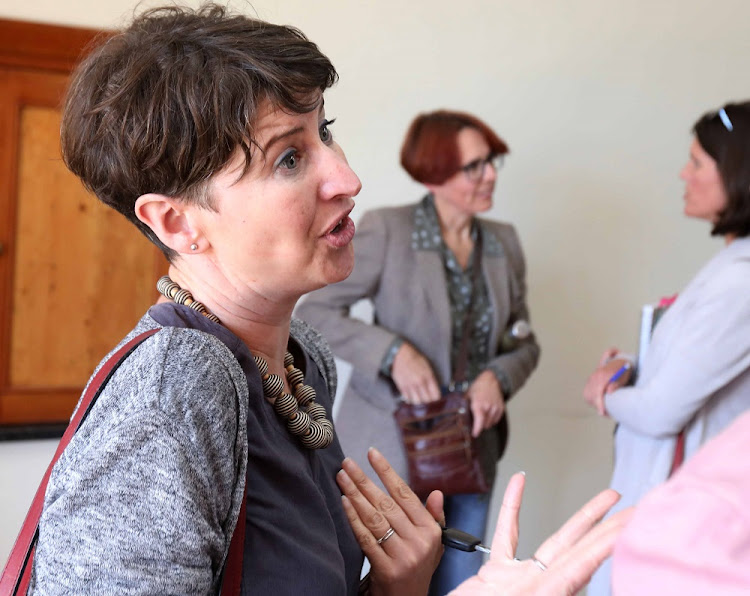 Growing up in the farming town of Wellington during apartheid‚ Sarah Grant-Smith – a parent at Rustenburg Girls’ Junior School‚ which is currently embroiled in a race row — hardly had any contact with black people in her social circle. Not only did she grow up in a ‘whites only’ suburb‚ but all her classmates were lily white.

When South Africa became a democratic country 24 years ago‚ she imagined a society where her two daughters would grow up in an “inclusive environment” with no racial prejudice or feeling of supremacy.

But over the years she realised that her children were not fully experiencing the inclusive society that she imagined‚ particularly at their school‚ which is currently under fire for allegedly discriminating against its first black teacher‚ Nozipho Mthembu – a process that ended in the teacher’s “constructive dismissal”.

She alleged that not only did the school single her out for a ‘mentorship programme’ which left her more traumatised than supported‚ but the school principal‚ Di Berry‚ and school governing body (SGB) chairman Gavin Downward gave her an ultimatum to resign or face disciplinary action that would ruin “ruin her reputation”.

The school told her that parents questioned her competency and that she was teaching their children.

It is this ‘lack of inclusivity’ at the school that prompted Grant-Smith to join Parents for Change — a group of concerned parents whose children attend the school. The parents broke their silence on Tuesday – saying that they could no longer sit back and watch young girls being exposed to an environment that didn’t prepare them for the future of this country.

Grant-Smith says she wants her grade 5 and grade 3 daughters not to grow up in an environment where whiteness is the standard. 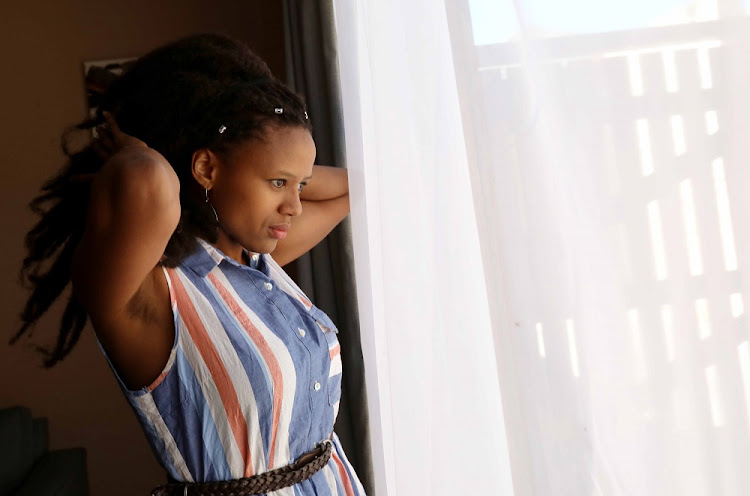 “I want my children to grow up in an environment where it is normal for a black person to be in a position of authority. I expect the school to also provide that kind of environment to my children‚” she said.

She believes that keeping quiet about the ongoing discrimination of other racial groups at the school would rob her girls of the opportunity that “I never got in the apartheid South Africa”.

“I already feel disadvantaged that I never got the exposure to interact with other races different from me. I feel terrible about my background. Yes‚ I cannot undo the wrongs of my childhood‚ but as a parent I feel that it is my duty to teach my children the right things and expose them to a more diverse community. School is one such environment where I feel that they need to see that‚” she said.

In a media conference on Tuesday‚ Parents for Change told journalists that the school has so far has been “dysfunctional” and has failed to “prepare its young girls for SA’s diverse society and socially just environment” due to an entrenched racism. They believe that it is this racism at the school that led to sudden resignation of Mthembu.

Parents from Rustenburg Girls’ Junior School have rallied behind its first black teacher who was constructively dismissed‚ claiming that the alleged ...
News
3 years ago

Addressing journalists‚ Nuraan Davids – associate professor of philosophy and education at Stellenbosch University‚ who has also served on the school’s SGB three times over the last 15 years — called for Downward’s head. He said the SGB chairman had shown that he was not capable of leading transformation at the 125-year-old institution.

“Every parent who has a child at the school should be concerned what their children are being exposed [to] … what’s being done to the child’s self-esteem and how the children get to see others who are different to them‚” she said.

Davids said the school and other former Model C schools used exorbitant fees and feeder school policies to keep the majority of “undesirable learners” out of their schools.

Three members of SGB resigned last year due to resistance shown by the school to discussions of inclusivity and diversity management.

One of the ex-SGB members‚ Rabia Mohidien‚ said she had left as it had become increasingly frustrating for the SGB’s plans not to be implemented by the school.

Michelle du Toit is a parent whose children attend a former Model C school in the northern suburbs and she said their experience was no different from the girls at Rustenburg Girls’ Junior School.

“We live in a wonderful country where racism is FINALLY punishable by law.”
News
3 years ago

“I feel that these schools talk about transformation on paper‚ but in reality it’s actually not happening. I think it’s so necessary for our children to be exposed to a diverse environment. It can only make them better…I know how it feels to be raised in an exclusionary environment and it is not nice as everyone thinks…it just makes you ignorant‚” she said.

The Western Cape department of education has hit back at the parent group‚ with spokeswoman Bronagh Hammond saying: “It is unfortunate that this group is misrepresenting some of the facts around this case.”

She said the parents had raised issues with the slowness of transformation at the school‚ and not racism.

“An undertaking was given that in 2018 a series of engagements would be set up with various role players to hear all sides of the story and to ultimately seek a conciliatory approach to the issues raised‚” she said.

She said in the last meeting with Parents for Change‚ an agreement was reached by all parties for co-operation and that the “concerned group would form part of the SGBs diversity sub-committee”.