President Cyril Ramaphosa has announced that the Special Investigating Unit is to mount civil claims to the tune of R14bn as government seeks to claw back public money stolen through corruption and state capture.

Ramaphosa made the announcement as he laid out his new administration's plans during his State of the Nation Address in parliament on last night.

Ramaphosa said his newly-elected government was determined to ensure that tax payers' money "stolen" in the last several years was returned to the public purse.

He said the newly-created SIU special tribunal would be undertaking this task in the next few months.

"We need to ensure that public money stolen is returned and used to deliver services and much needed basic infrastructure to the poorest communities," said Ramaphosa.

"We expect that the new SIU Special Tribunal will start its work within the next few months to fast-rack civil claims arising from state capture investigations, which are currently estimated to be around R14.7bn."

Ramaphosa said there would be no place for corrupt and immoral leaders in his government.

"We want a corps of skilled and professional public servants of the highest moral standards - and dedicated to the public good.

"We will build on the work we have already begun to address problems of poor governance, inefficiency and financial sustainability.

"We are committed to building an ethical state in which there is no place for corruption, patronage, rent-seeking and plundering of public money," said Ramaphosa.

The President said the measure he had earlier introduced to root out state capture and corruption, including improving the capacities of key state security agencies such as the NPA, Sars, the SIU and the spy agencies, were yielding results.

"But there is still much more work to do," said Ramaphosa.

"We have asked the National Director of Public Prosecutions to develop a plan to increase the capacity and effectiveness of the NPA, including to ensure effective asset forfeiture." 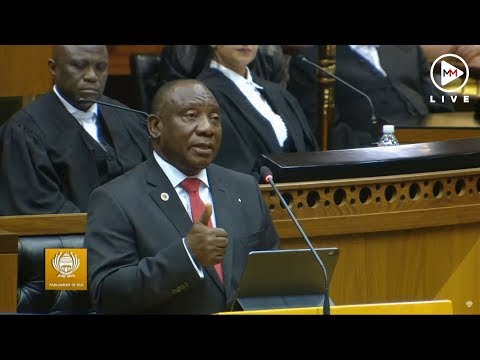