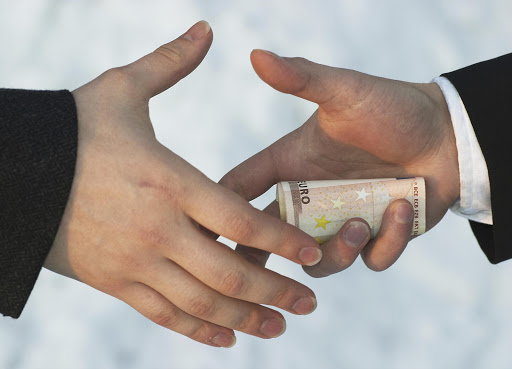 Three man were arrested for trying to solicit a bribe from a Johannesburg businessman.
Image: FILE

Three men were arrested by the Hawks on Wednesday for allegedly attempting to solicit a bribe from a prominent Gauteng businessman.

The businessman informed authorities that the men claimed to be senior members in the Hawks and would ensure that an ongoing investigation against him would be brought to an end.

Captain Ndivhuwo Mulamu said the businessman cannot be named as he too is being investigated.  The trio was arrested in a dramatic fashion at the Premier Hotel in Midrand, where they were expected to collect R300 000 from the businessman.

Mulamu said they followed up on information they received over the weekend on the attempts of extortion.  “One of them called the businessman and claimed to be amajor-general in our unit. He initially demanded close to half-a-million rand to make the case disappear and halt investigations against the businessman. He (the businessman) contacted us and made us aware of their attempts,” Mulamu said.

She said the trio, aged between 33 and 51, are expected to appear in the Midrand Magistrate’s Court soon on charges of extortion.

“We are hoping to link them to other cases of extortion that we are currently investigating,” Mulamu said.