In boost for Africa, Senegal aims to make Covid-19 shots next year 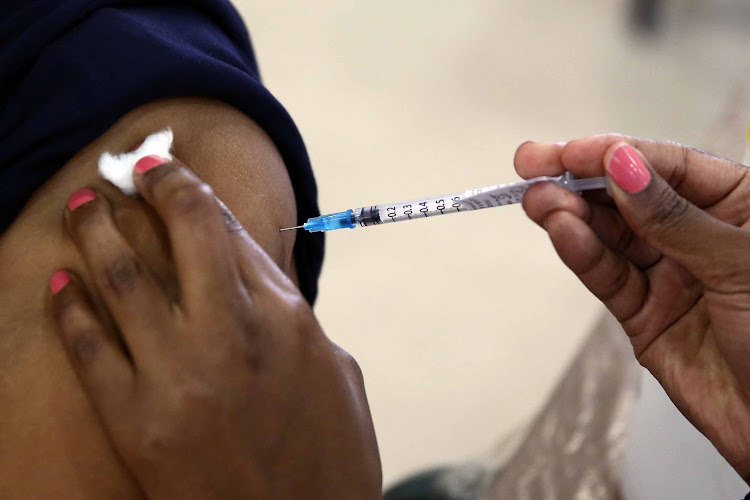 Senegal could begin producing Covid-19 vaccines next year under an agreement with Belgian biotech group Univercells aimed at boosting Africa's drug-manufacturing ambitions, says a source involved in funding the project.

As wealthy countries begin to reopen after securing vaccine supplies early, African nations are still struggling to acquire shots. On a continent of 1.3 billion, only about 7 million have been fully vaccinated.

The collaboration highlights the opportunities created by a global push to channel money and technology towards production on a continent that makes only 1% of the vaccines it requires.

Univercells announced the signing of a letter of intent for collaboration with the Institut Pasteur in Senegal's capital Dakar in April. The source shared details of the proposal, which were not made public.

Under the agreement, the Institut Pasteur would use vaccine production technology developed by Univercells to supply Covid-19 vaccine shots to countries across West Africa.

The institute would initially begin packaging and distributing vaccines produced by Univercells in Belgium early next year, the source involved in securing financing for the collaboration told Reuters.

SA natural gas and helium producer Renergen will start production of its helium-powered ultra-cold mobile freezer in the next few days and has ...
News
1 year ago

Univercells would transfer its full production line to Senegal in the second half of 2022, the source said, adding that the company would train local staff so they could eventually run the operation.

Univercells chief investment officer Kate Antrobus, when asked about the time frame for the project, confirmed that it could send vaccine doses to Senegal early next year.

She declined to comment on the exact date for a full vaccine production line in Senegal but of the timelines referenced she said: “I do not think they are unreasonable.”

Timing depends on Univercells securing regulatory approval for a vaccine production site in Belgium. Antrobus said that was expected “any day now”.

Institut Pasteur director Amadou Sall declined to comment on the timeline or size of the project but said the facility was working with donors to secure financial backing.

“There is a lot of political will, I am optimistic. But it is not about momentum, it is about creating a real opportunity,” he said.

It is not clear yet what vaccine will be supplied to Senegal, but Antrobus said the site in Belgium would be able to manufacture a class of so-called viral vector Covid-19 vaccine such as those developed by Johnson & Johnson, AstraZeneca, Russia's Sputnik V and China's Cansino.

“If Covid-19 amazingly subsides over the next year...that same capacity could be used for other viruses,” Antrobus said.

Univercells also has its own Covid-19 vaccine candidate, being developed with Germany's Leukocare and Italian firm ReiThera, which has completed Phase II trials. It is seeking financing to carry out Phase III, which the Italian government said it is ready to fund.

Senegal's Institut Pasteur is the only facility in Africa currently producing a vaccine — a yellow fever shot — that is pre-qualified by the World Health Organisation, which requires manufacturers to meet strict international standards.

Donors including the US and the European Union are lining up to help fund an expansion at the institute to incorporate Covid-19 vaccines, the source involved in fundraising said.

A call by the institute for an initial $10 million in funding has been oversubscribed, the source said.

A UK government-funded cost analysis conducted for the Institut Pasteur, seen by the same source, said that the project would cost about $200 million, based on its aim to produce 300 million doses of Covid-19 vaccine by the end of next year.

Financing will depend on the institute having committed buyers. According to the cost analysis, the project would be commercially viable if it produced vaccines other than Covid-19, so it can keep functioning after the pandemic.

Those efforts are now gaining traction with wealthy countries.

The European Union said last month that it will invest at least 1-billion euros to build manufacturing hubs in Africa, with Senegal, SA, Rwanda, Morocco and Egypt among the leading candidates.

SA's Biovac Institute told Reuters it has been in touch with the French and German governments and pharmaceutical companies with an aim to produce 30 million Covid-19 vaccines annually.

The EU plan, in co-ordination with the AU, aims to bolster drugs regulators in Africa, train Africans in the skills needed to expand the pharmaceuticals industry, and support businesses producing materials and components.

The plan will look at countries that “can move quickly, and which have the political capital to drag that forward,” John Nkengasong, director of Africa Centres for Disease Control and Prevention, said.

Africa's $1.3 billion vaccine market could rise to as high as $5.4 billion by 2030 because of population growth and the availability of new vaccines, US-based consultancy McKinsey and Company said in an April report.

There is still a long way to go, experts say.

Beyond the need for financing, governments and regulators need to make it easier for technology to be transferred to Africa, and to reduce risk through public-private partnerships.

“These are really mid to long-term goals, so you're looking at one to two years minimum,” said Chema Triki of the Tony Blair Institute for Global Change. “It's not just about Covid-19. Africa needs to be ready for the next pandemic.”