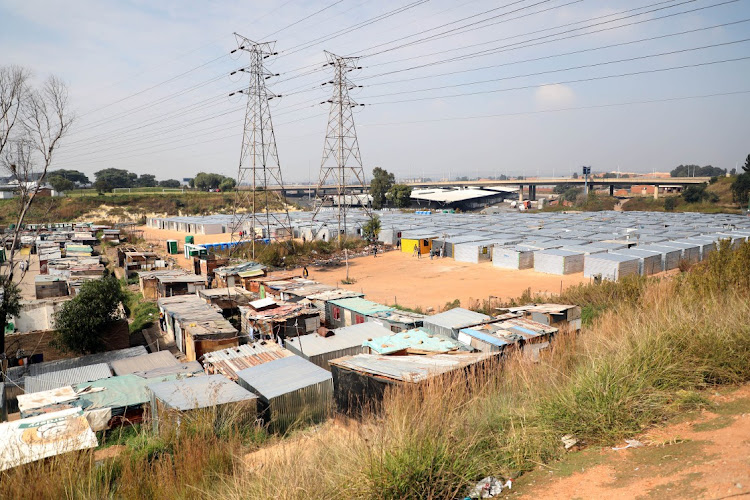 New temporary shelter at the Kaserne informal settlement. Illegal 'landlords' were attempting to charge residents for entering the structures given to them by Johannesburg City.
Image: ANTONIO MUCHAVE

Joburg “landlords” have been warned against charging for services the government gives for free.

This comes after the department of human settlements relocated families, only to discover families were being charged to enter the new structures they were given.

In June more than 300 families who were victims of shack fires in KwaMaiMai were temporarily sheltered at Hofland Park community centre until Friday.

The families were relocated to Kaserne informal settlement on Friday.

During the relocation process, it was established that some of the new structures were locked by illegal “landlords” demanding payment from residents before they could occupy the new shacks.

Law enforcement was called in to break the locks and give residents access to the temporary homes.

On Monday MMC for human settlements Cllr Mlungisi Mabaso condemned these landlords and cautioned them to stop demanding money for government services.

“We cannot allow illegal activities in our communities. No-one can demand payment for government services that are provided free of charge. We do not recognise these so-called landlords, in fact, they are criminals defrauding desperate residents,” said Mabaso.

The issue of landlords is prevalent in many informal settlements and other government properties.

“These illegal landlords cannot claim government property as their own. I urge community members to work with the department to report anyone who demands money for government services, so we can clamp down on this lawlessness and victimisation of vulnerable people,” Mabaso said.