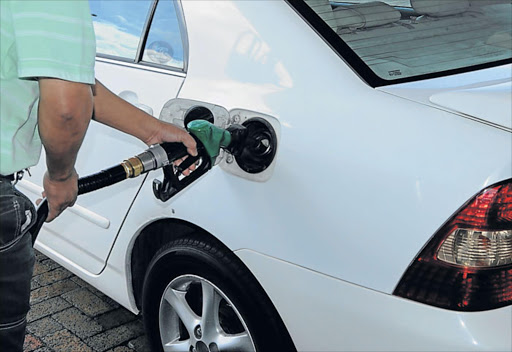 Fuel price hikes will be the first major expense to hit South Africans in the wake of a weaker rand‚ the Automobile Association of South Africa has warned.

The AA’s mid-month data forecasts that as of next month petrol will go up by 55 cents a litre‚ while diesel will cost around 30 cents a litre more and illuminating paraffin an estimated 41 cents a litre extra. The fuel-hike predictions are based on unaudited mid-month fuel price data released by the Central Energy Fund.

“The loss of confidence by investors and the sovereign ratings downgrades by ratings agencies Fitch and S& P‚ have led to the rand slipping against the US dollar‚ down from around R12.35 at the beginning of the month to its current position of around R13.40‚” said the AA’s Layton Beard.

The Association said the rand’s weakness largely contributed to the expected fuel price increase‚ with hikes in international petroleum prices accounting for the balance.

“However there is no certainty that the impact of the downgrades has been fully priced into the economy. The picture for May could be substantially different‚” Beard said.