Five (and a few more) inspiring people who passed matric 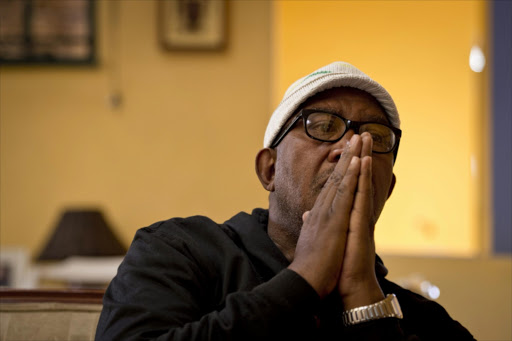 SPONSORED | It’s that time of the year when matric pupils from all over South Africa are enjoying a well-deserved break – but they cannot celebrate the end of their school years until the exam results are released at the start of January.

Pupils who wrote the Independent Examinations Board exam will know how they fared on December 30 this year already, but most of the country’s matrics will have to wait until January 5 at 6am when the National Senior Certificate results will be out.

Even then, those pupils living in the Western Cape will need to hang on an additional 24 hours to get their results from 5am on January 6.

In the meantime, as our matrics hope for the best, we found some inspiration from previous years’ matric results.

But before you proceed, want to stand a chance of winning R6,000 in cash? Simply register on our matric results website and we’ll notify you as soon as the results are out – and you can then claim your fame and share it on social media with your friends and family! REGISTER NOW.

One of South Africa’s most respected musicians, Mabuse proved that age is just a number when he passed his matric aged 60, back in 2012.

He had signed up at an adult basic education training centre in Soweto to study for his matric certificate.

He said on Twitter at the time: “The news is out. I PASSED MY #MATRIC. AM SO HAPPY... Going to university next year.”

SowetanLIVE reported at the time that Mabuse had dropped out of school in grade 11 in 1969 to pursue his music career as a member of the Afro-funk group Harari.

Any obstacle can be overcome with enough determination. That’s the lesson South Africa learned in 2012 from Mafela, a physically challenged 19-year-old from Mahikeng, North West, who surprised many when he passed his matric with flying colours – against all odds.

Mafela was born without arms and uses his feet and mouth to eat and to write. He wrote his exams holding a pen between his toes.

Sometimes life is hard – and being a young mother can easily derail someone’s dreams. Not so for Sibeko, who matriculated from Bhukulani Secondary School in Zondi, Soweto, four years ago.

At the start of the exams, her son, Mpilo, was only two months old.

"It was a stressful time,” she told SowetanLIVE at the time. “I used to cry a lot because I was under a lot of pressure. It hurt. It was difficult for me. But I told myself that I was not going to give up. I focused more on my exams and studied hard. He inspired me.”

Education authorities do not turn away girls who fall pregnant at school, but they are allowed to continue studying for as long as their condition allows.

Khumalo was the reigning Miss SA Teen in 2012. Being in the spotlight around the clock is not easy, and when exam time arrived, she became the target of social media gossip.

This was partly due to a misunderstanding over her first name – she was known as Celeste but her real name, which she used to register for her matric exams, was Refiloe.

Rumour-mongers therefore could not find her name on the exam results list.

“On Twitter they were saying, ‘Oh, Miss Teen failed matric. She was busy preparing for beauty pageants and not studying,’” said Nomsa Khumalo, Celeste's mother, at the time.

It’s easy to forget not all matric pupils write their exams at the usual high schools.

The inmate class of 2015 achieved an overall pass rate of 73% – a marked increase compared with the previous year’s 69%.

Department of Correctional Services national commissioner Zach Modise told News24 at the time that the top-performing inmate schools were Tswelopele Secondary School for the Free State/Northern Cape region with 91.67%; Usethubeni Youth School in Durban Westville in KwaZulu-Natal (the oldest full-time offenders’ school) with 86.21%; and Umlalati Learning Centre in the Limpopo-Mpumalanga and North West region with 85.71%.

The number of inmates passing mathematics improved from none to 14, while all the candidates passed mathematical literacy.

This article was paid for by Intec College.