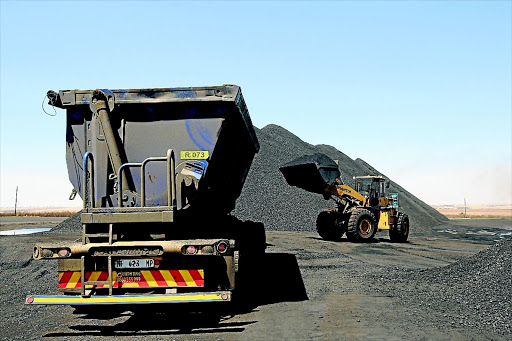 The Bench Marks Foundation has accused an Australian mining company’s CEO of inciting violence in an area where an anti-mining activist was murdered last week.

The murder of Sikhosiphi “Bazooka” Rhadebe is continuing to makes waves as condemnation of the killing and calls for police to find the perpetrators are taken up by different organisations.

The BMF‚ which monitors the practices of multinational corporations‚ especially in the mining industry‚ is the latest body to call for a thorough investigation into the murder. The call follows similar appeals by‚ among others‚ the National Union of Metalworkers of South Africa.

Rhadebe‚ the chairman of the Amadiba Crisis Committee (ACC)‚ was murdered last week by assailants posing as police‚ in a manner “reminiscent of apartheid-style death squads”‚ the BMF said in a statement on Tuesday.

Reports say that Rhadebe was shot eight times in the head in front of his wife and teenaged son.

The ACC‚ according to the foundation‚ is “a community organisation that has been resisting attempts by Australian-owned mining company Mineral Resources Commodities (MRC) and its local subsidiary Transworld Energy and Minerals (TEM) to mine titanium in the area”.

The BMF is accusing the mining company whose plans are being opposed in the Xolobeni area on the Wild Coast‚ of inciting violence.

MRC chairman Mark Caruso has denied that the company was linked to Rhadebe’s murder.

IN an article by sociologist Patrick Bond reprinted in The Times‚ Bond says: “A few weeks before his death‚ the Amadiba Crisis Committee‚ a local activist group‚ rejected an environmental impact assessment by titanium-hungry MRC‚ a Perth-based mining firm. The company has previously run into conflict with communities in Sierra Leone and Namaqualand.”

The BMF said: “We strongly suspect that his killing was connected to his opposition to the mining operations.

“We welcome the international attention that is being given to this crime by protestors standing on the steps of South Africa House in London.

According to BMF‚ “In an email last year‚ CEO Mark Caruso quoted the bible: “And I will strike down upon thee with great vengeance and furious anger‚ those who attempt to poison and destroy my brothers. And you will know my name is the Lord when I lay my vengeance upon thee.”

“We demand that he explain himself as it seems to us he was inciting violence. We also ask that the Australian High Commission explain the mining codes of Australia and how they plan to intervene to respect the right of the Xolobeni community to say ‘No’‚” the BMF said.

“We call on the police‚ who are investigating this killing‚ to make a statement fully explaining the progress so far in apprehending the killers.”