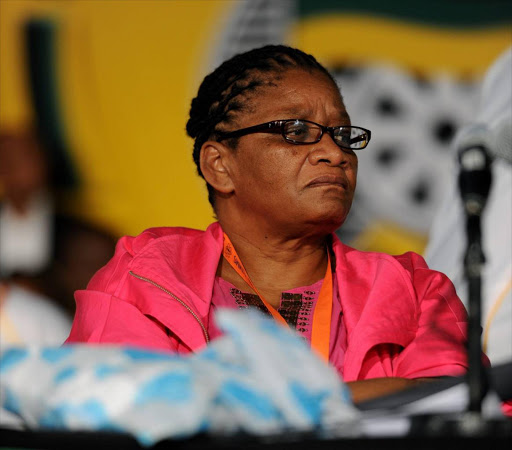 An animal rights activist who stopped the force-feeding of ducks to make Foie Gras and investigated politician Thandi Modise’s “farm of horror” has been awarded a medal of heroism.

Senior Inspector Grace de Lange‚ from the Society for the Prevention of Cruelty to Animals (SPCA) Farm Animal Protection Unit‚ was awarded the Medal of Heroism Award at the Intelligence Transfer Centre’s 8th Annual Leadership for Women in Law Enforcement Conference‚ held in Fourways.

De Lange has spent a decade caring for farm animals‚ which the SPCA describes as “sadly‚ the most often forgotten of all species”.

“Her life has been threatened on more than one occasion in the execution of her duties to prevent the abuse of animals and alleviate their suffering‚” said manager of the NSPCA’s Farm Animal Protection Unit‚ Andries Venter.

She has accompanied farm animals on ships to other countries to monitor their welfare‚ “often undertaken under difficult and threatening circumstances”.

De Lange was responsible for ensuring that the production of Foie Gras remains illegal in South Africa by successfully prosecuting owners of a farm that held ducks and force-fed them to a point of abuse.

In addition‚ she is working on the high-profile case pending against Modise in the North West province‚ after over 50 dead pigs were discovered on her farm‚ having suffered from starvation. The remaining 85 pigs were cannibalising on the rotten carcasses of other pigs.

The NSPCA said the case against Modise under the Animals Protection Act was still being investigated by police. “According to the SAPS … they are awaiting Ms Modise’s affidavit.”

The NSPCA previously confirmed that some of the rescued animals had been diagnosed with highly contagious diseases‚ coccidiosis and septicaemia‚ which can be transferred to humans.

The organisation has been conducting monthly inspections at the farm to ensure the welfare of the remaining cows. Late last year‚ the NSPCA said conditions had improved.

Modise‚ who bought the farm with a R4.8-million loan from the Land Bank in 2011‚ has blamed her previous farm manager and an employee for leaving the farm unattended for weeks.