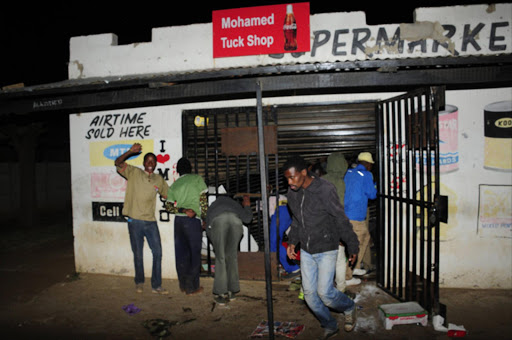 FILE PHOTO: Violence erupted across Sebokeng into the early hours of Tuesday after a Pakistani male killed a street vendor Josiah Ngwenya in Evaton. Young people looted foreign owned shops in Sebokeng in retaliation to the murder. Photo Thulani Mbele

The South African Police Service will be opposing the bail application by the 68 people who were arrested for looting this morning.

Over 60 people have been arrested for looting shops that are owned by foreign nationals in Soweto.

The police have decided to move all the cases against those who were arrested to the same court and have confirmed they will all be dealt with in the same court.

General Lesetja Mothiba assured the public that they (police) had the situation under control, adding that there was no crisis.

“There is no crisis so we are not going to declare such,” said General Lesetja Mothiba.

Two people have been killed since the looting began and two others that have been injured.

The shop owner that was responsible for shooting and killing one of the looters has been captured and charged with murder and possession of an illegal firearm.

A police officer who was seen assisting the looters has been identified by the police and he will be charged.

A video of the police officer assisting looters made the rounds on social media this morning.

The police said that internal disciplinary processes are being followed.

The shop owners who managed to escape the looting have informed the police that they are ‘hiding out’ in Mayfair.