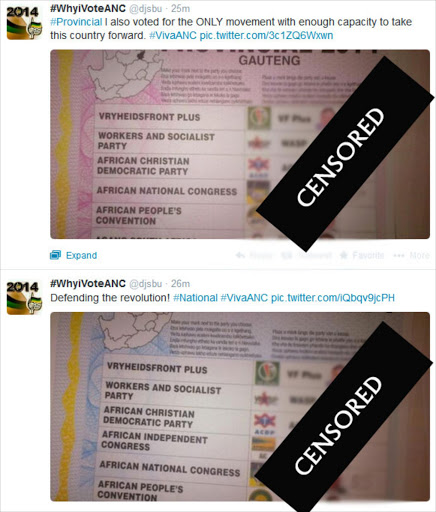 Only a few days after the IEC issued a warning against taking photographs in the voting booth, popular radio personality DJ Sbu has gone and done just that.

In the press statement issued, the IEC stated: “It is an offence to take and/or publish photographs which reveal a person’s vote on a ballot paper” – even if that vote is your own.

“Upon conviction, offenders will be liable to a fine or a term of imprisonment not exceeding one year.”

The radio personality seems to have missed that memo as he earlier tweeted photos of his ballot papers with an X next to his party of choice.

The photos were accompanied by the captions: “I also voted for the only movement with enough capacity to take this country forward. #VivaANC” and “Defending the revolution”.

Voters are allowed to take photos while standing in the queue before or after they vote or outside of the booth after their thumbs have been marked.

You can tweet us pictures of your inked thumb @Sowetanlive using the hashtag #MyInkMyVoice. Please do not take any photographs in the voting booth.