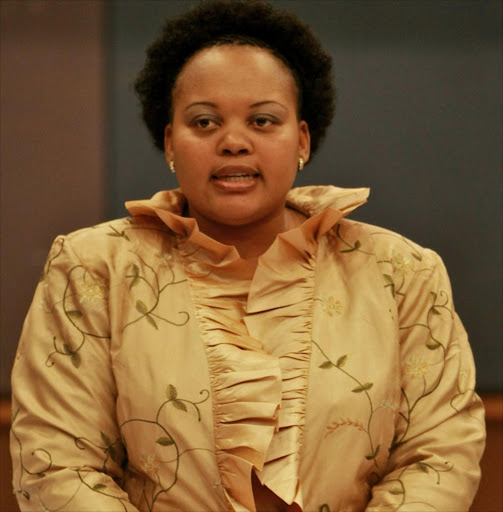 A Tanzanian man was arrested because he complained about one of President Jacob Zuma's wives threatening him, a Durban court heard on Wednesday.

Steven John Masunga, who is facing an intimidation charge, was testifying during his bail hearing in the Camperdown Magistrate's Court.

Earlier in the day, the court heard from a police witness that Masunga threatened Nompumelelo Ntuli with a claim that Zuma was not the father of one of her children.

However, Masunga told the court in the afternoon that he was arrested only after he had complained to KwaZulu-Natal's top cop that Ntuli, commonly known as MaNtuli, was threatening him.

Masunga said he had first spoken to a senior police officer, whom he only identified as Mhlongo, about threats he had received from Ntuli, as well as the police's poor handling of a burglary at his sister's salon.

That officer told Masunga that since the threats involved the president's wife he needed to see the KwaZulu-Natal provincial commissioner Lieutenant General Betty Mmamonnye Ngobeni, which he did.

"It didn't help me. At the end of the day I was arrested. I was angry because I was the one who had [received] the threats," he said.

Despite Masunga's complaints, police never opened a case against Ntuli.

The charge of intimidation against Masunga arises from a complaint made by Ntuli, who claimed he tried to force her to arrange a business meeting for him with Zuma. The alleged offence happened on January 15.

Masunga told the court that he was a very good friend of Ntuli.

"She's a very nice lady. There are many things I know about her as a friend."

However he believed that friends had warned her "that this boy knows too much".

Masunga said he could not explain why the arresting officer Brigadier Clifford Marion had failed to tell the court that he was arrested in Ngobeni's office.

Earlier, Marion said Masunga was arrested after complaining to Marion about the way an unrelated investigation into a burglary was being handled.

He said Masunga had introduced himself as Steven Ongolo at Marion's office. Marion said when he heard the name Ongolo he recognised it from a complaint Ntuli had lodged with police.

Having seen the SMS on Ntuli's phone, he called the number and Masunga's phone rang. He promptly arrested Masunga, confiscated his phone and seized his passport. He said when Masunga was arrested, instead of calling a lawyer, he called a Sunday Tribune journalist.

"In my office I gave him the chance to call his lawyer. He phoned Nathi Olifant from Independent Newspapers. This whole media hype was caused by the accused, not the State," he said.

Marion, who heads up the province's detective services, told the court that Masunga had sent several threatening SMSs from his cellphone to Ntuli. She has two children from her marriage to Zuma.

Asked by Magistrate Thys Taljaard to be more specific about the intimidating text messages, Marion replied: "The accused is alleging that the child born from the complainant is not that of the South African president."

Marion said the State was opposing bail as Masunga was a flight risk and he was not ordinarily resident in South Africa.

"He will go back to Tanzania and he will not come back."

Marion said he downloaded messages from Masunga's and Ntuli's phones. He said Ntuli and Masunga had met in 2010.

Marion said that after he had arrested Masunga, he complained that Ntuli was intimidating him. However, he did not find any messages on either phone to support this claim.

Masunga told the court that he lived mostly in South Africa after his computer business in Tanzania collapsed.