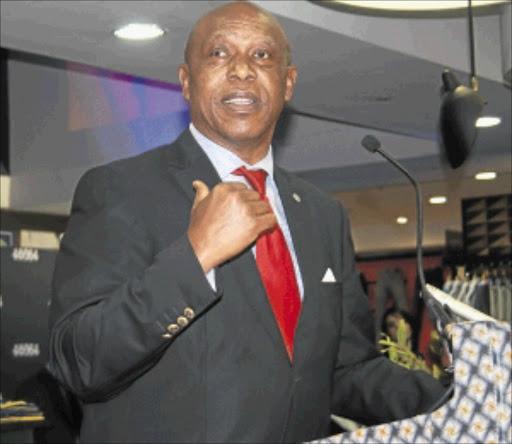 THE government must intervene to ensure that the R2,2-billion worth of soon-to-be-sold-off 3.9% black economic empowerment stake in Absa remains in the hands of BEE shareholders.

This is the view of the HBR (Hola Bon Renaissance) Foundation, a civil society organisation promoting BEE and effective public governance.

HBR wants the government to acquire the shares through any of the public-owned financial entities, including the Public Investment Commission, the Industrial Development Corporation and the National Empowerment Fund and "warehouse them until another BEE consortium interested in investing in the banking sector is identified".

The foundation says the identified public financial institutions could buy the shares at an agreed or market-related price and then be warehoused for 12 months while suitable BEE entities are sought.

The foundation's call follows the revelation that black shareholders in Absa, who were part of the Batho Bonke scheme initiated by Human Settlements Minister Tokyo Sexwale through his company Mvelaphanda, are about to sell their stake in the bank. Mvelaphanda holds a 2.28% stake in Absa through its 47% stake in Batho Bonke.

Sexwale is believed to be contesting for the ANC's presidency. Commentators have argued that the cashing-in could boost his war chest ahead of the ANC's elective conference in Mangaung in December.

Yesterday, HBR chairman Bontshitswe Mothopeng said while it made sense for Batho Bonke to sell off its stake, there was a need for a succession plan that would ensure that the consortium's previous contribution to BEE was not undermined.

"We are calling for the government's intervention to ensure there is no setback when it comes to the drive for transformation," he said.