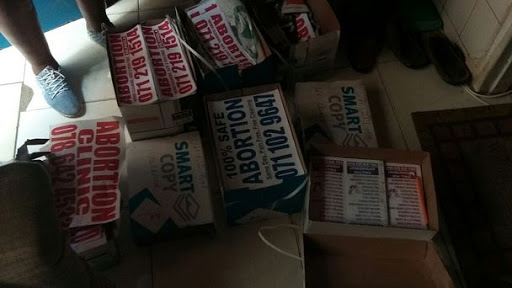 A fake doctor was nabbed by the Hawks just as he was about to perform an illegal abortion at his premises in Malelane‚ Nelspruit.

Scores of pamphlets where he advertised his services using the alias Dr Rajab J were found in his ‘operating’ rooms.

Medication and a cellphone he used to interact with his clients were among some of the items seized at his premises.

His patient could not be charged with anything‚ said Captain Sekgotodi.

Kaweesa appeared in the Malelane magistrate’s court on Wednesday‚ where his case was postponed to next week.

Sekgotodi said the Hawks and Health Professions Council of SA had raided Kaweesa’s offices after receiving complaints about his surgery.

“The probe revealed that he was not registered with the medical council of South Africa as required and was therefore practicing illegally‚ using traditional medicines and abortion tablets‚” she said.