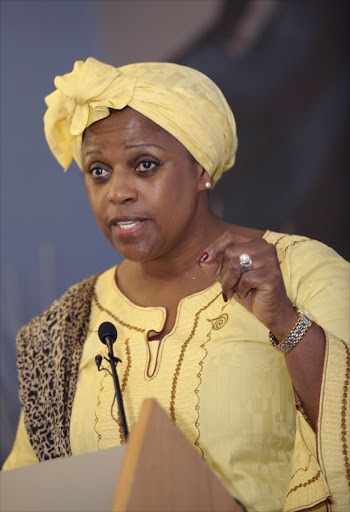 However‚ committee members and Parliament’s legal advisor questioned the legal basis for the extension when SAA executives and board members appeared before the committee to make a presentation on the airline’s performance.

Legal questions were raised after it emerged that the Companies and Intellectual Property Commission (CIPC) had not been informed within the required 10 days that Miyeni would remain in her position. It also appeared that her continued leadership was in contravention of the SAA memorandum of incorporation.

Myeni‚ who has been at the helm of SAA for about eight years‚ was ill-disposed and could not attend the meeting. During her reign the airline has plunged deeper into financial collapse.

Her contract was renewed last year for a further 12 months‚ which ended on August 31. It was then extended until the AGM takes place. Finance Minister Malusi Gigaba sent a letter to Myeni informing her of the latest reprieve.

Deputy Finance Minister Sfiso Buthelezi said the extension by the minister without the approval of cabinet was allowed in terms of SAA’s memorandum of incorporation. He was not sure whether the CIPC had been informed.

Buthelezi said the minister thought it prudent to extend the contract as Treasury was undertaking a holistic evaluation of the board and was looking at the airline’s financial statements and performance as well as its skills matrix.

He categorically denied that President Jacob Zuma had given an instruction to Gigaba to extend the contract as Democratic Alliance MPs suggested.

But parliamentary legal advisor Frank Jenkins said Buthelezi’s reading of the memorandum of incorporation did not authorise the extension of one non-executive director alone but only all of them as a collective.

Jenkins said it was possible that a resolution of cabinet as the shareholder could override the provisions of the memorandum of incorporation.

African National Congress MP Derek Hanekom pointed out that it was normal practice for contract extensions to be approved by cabinet. MPs raised questions as to whether cabinet approval was not required for the contract extension.

DA deputy finance spokesman Alf Lees noted that Gigaba could have appointed the deputy chairman of SAA as an interim measure instead of extending the contract of Myeni‚ who has been held responsible for the poor performance of the airline.

He suggested that Gigaba might have been pressured by Zuma‚ a close friend of Miyeni‚ to extend the contract.

He said whether Myeni’s contract was legal or not‚ she must be removed with immediate effect.

A finance spokesman David Maynier also suggested that the renewal of the contract was a political decision but Buthelezi said it was a “business imperative” and not a legal one.

Committee chairman Yunus Carrim urged Treasury to bring the extension in line with regulations as it appeared that the current contract was not allowed by the SAA memorandum of incorporation.

But Economic Freedom Fighters chief whip Floyd Shivambu said the illegal status of the contract could not be reversed.

At the end of the discussion‚ the committee decided that proper process had not been followed and recommended that the executive take the necessary action. Treasury would have to report within 48 hours of the next cabinet meeting.