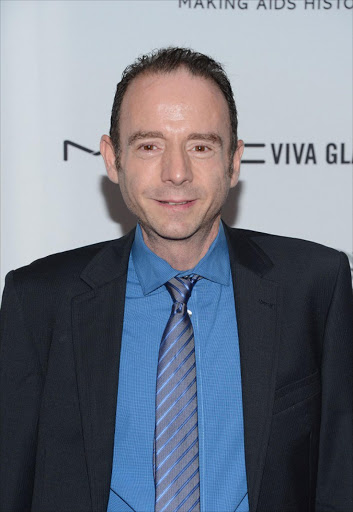 Timothy Ray Brown — the only known person to be cured of HIV — thought a cure was science fiction when his doctor raised the idea a decade ago.

Now Brown is the poster guy for defeating HIV and is speaking at the University of Cape Town on Monday evening in support of cure research.

“I don’t want to be the only one cured of HIV. It is a very lonely place‚” said the man known initially as the “Berlin Patient“‚ where he was treated.

The life-threatening treatments he got for leukaemia‚ which also eliminated HIV in his body‚ are too risky to test on other people with HIV but his case demonstrated that a cure is possible.

“When I met Annie Lennox I said: ‘Hi‚ I’m Timothy Ray Brown’‚ and she said: ‘I know who you are. I know everything about you’‚” said the American‚ who has been photographed with Hollywood actress Sharon Stone and met Harry Belafonte.

The 51-year-old said: “Nobody wants to go through what I went through‚ when I had a 50% [chance] of not surviving the bone-marrow transplants‚ but I am cured of leukaemia and HIV.”

February 7 2007 was the last time Brown‚ who was diagnosed with HIV in 1995‚ took antiretrovirals. He didn’t want the life-saving drugs to interfere with the donor cells he needed to treat leukaemia.

He might not have been given this choice of stopping ARVs in the US for ethical reasons. “My cure could not have happened in the US and the medical insurance system is really horrible‚” he said.

He had stem cell transplants — from a donor who had rare HIV-resistant blood cells — for his leukaemia in 2007 and 2008.

For about three months after Brown’s first transplant‚ the HIV viral load soared in his body and then effectively disappeared as his doctor Gero Hütter had planned when selecting the donor.

Brown knew something was up when he noticed at the gym that he was building muscle again after being wasted from HIV.

By June 2007 he was back at work and his immunity was rising. But his leukaemia recurred‚ prompting a second bone-marrow transplant in 2008. In recovery‚ his sight was temporarily impaired‚ he could hardly walk and could not drive.

“I thought my mind was normal but I started mumbling and the doctors thought I may have leukaemia in my brain. They decided to do a brain biopsy and that’s when they found out I had neither leukaemia nor HIV‚” he said.

“The brain is one place where HIV likes to hide in reservoirs. This proved I did not have HIV in my body at all.”

• Earlier Sunday World had‚ in error‚ reported that Brown is speaking at the SA Immunology Conference in Gordon’s Bay on Monday. He is in fact speaking at the University of Cape Town.