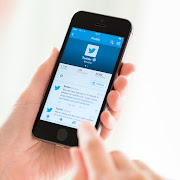 Image: 123RF / bloomua Twitter said the feature, currently available in 11 countries, directs users to local helpline services if they search for terms such as "domestic violence" or "sexual assault".

Twitter has launched a new prompt to fight gender-based violence in response to a surge in sexual assaults and domestic attacks during lockdown, a company official said on Wednesday.

The social network said the feature, currently available in 11 countries, directs users to local helpline services if they search for terms such as "domestic violence" or "sexual assault".

"This is the first time that this notification prompt has been made available in multiple locations in multiple languages," said Kathleen Reen, a senior director of Twitter in Asia-Pacific.

The prompt was introduced across Asia last week, then expanded to the United States on Wednesday, with notifications in English and Spanish. Next step: Europe and Latin America.

"Twitter is a very popular service during crisis. People come to find out what's happening, what's breaking and to get key information on real-time basis," Reen told the Thomson Reuters Foundation.

The initiative came after the United Nations warned there had been a "horrifying global surge" in domestic violence, with calls to helplines doubling or tripling in some countries, as lockdowns trapped many women indoors with their abusers.

The feature is an expansion of Twitter's #ThereIsHelp initiative, which provides similar notifications on issues such as suicide prevention and vaccinations.

U.N. chief Antonio Guterres has called on governments to take urgent measures to tackle the spike in domestic violence and make it a part of national response plans for COVID-19.

More than 240 million women and girls aged 15 to 49 worldwide have faced sexual or physical violence by an intimate partner over the past 12 months, U.N. figures show.

It says the figure is likely to increase due to health and money worries ratcheting up tensions at home.

"Violence against women and girls across Asia-Pacific is pervasive but at the same time widely under-reported," said Melissa Alvarado, a manager at the U.N. Women Asia-Pacific, which partners with Twitter on the latest feature.

"Connecting women who are feeling fearful or in danger is critical for their safety," she added in a statement.